A Buzzing Market at the Rohingya Refugee Camp: 3 Reasons Why I Was Amazed

August 25 marks the 1 year anniversary of the Rohingya crisis. I visited the refugee camp last June. What struck me was the activity going on in and outside the camp. Just outside the camp was a buzzing market where people, both Rohingya and locals, were buying and selling food. Maybe this is no surprise, everywhere where people live a market arises based on supply and demand. But still, itâs not something what you expect when you visit a refugee camp. I was amazed by it, for 3 reasons. 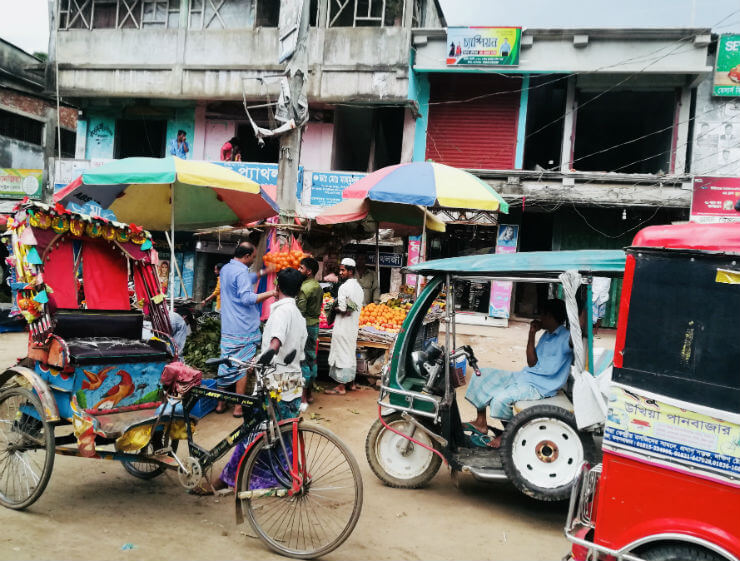 First of all, I was amazed by the vitality of the Rohingya refugees. Of course, I know that Rohingya have gone through the most horrible things back in Myanmar, and that they now live in very severe conditions. But still, people are trying to live their life as normal as possible. They are finding a way to live and cope with the situation. Small shops are scattered around the refugee camp and men are working as construction workers to make paved ways throughout the camp and better constructed houses that can withstand cyclones. In other words, people are trying to live their lives as much as they can.

2: Resilience of the host community

Second, I was amazed by the host community. When in just a few months time a refugee camps arises near your house of nearly 1 million people, it puts a heavy burden on the host community. Especially in Cox’s Bazar, which is an economically disadvantaged district. The influx of refugees puts an enormous pressure on the already scarce resources, the labor market and food prices. New roadways are created right through the host community’s backyards where NGO vehicles ride on and off with aid. That will certainly so not be easy to see and experience, especially when you yourself also don’t have much to live from. So far, the host community and Rohingya refugees have been living next to each other relatively peacefully. Something which would not happen in other countries or contexts. For me, this shows the resilience of the host community.

3: Work of our colleagues

Third, I was amazed by the work done by our colleagues in the field. They observed the need for early recovery and resilience projects and were also able to realize it by obtaining funds from amongst others IOM. ICCO runs projects that provide alternative income generation for the poor in the host community. They receive assets for income generation (e.g. livestock, seeds and farming tools, sewing machines, fishing nets) and trainings on business development, technical skills and food processing. Each package is adjusted to the local market needs and people’s skills and preferences through in-depth assessments. These are projects which require a long breadth, people do not become a successful entrepreneur in just a few weeks. Thankfully, donors like IOM admit this as well and they are able to approve projects which take several years. In this way, we believe that people can take small, realistic steps up and out of the stages of poverty. Similar projects also run for the Rohingya. An important aspect of these projects is that they are focussed on working together, in that way building inter community relationships between the host community and Rohingya.

After all, it’s the combination of these three that makes projects run on the ground, although the situation is harsh. I take a deep bow for the Rohingya, the host community and the aid workers who are coping with it with their head held high everyday.