Africa: The Continent of Opportunity

The image we have of Africa is misleading. News about the continent is dominated by stories of conflicts, disasters and poverty, and this creates an image that is incomplete and distorted. 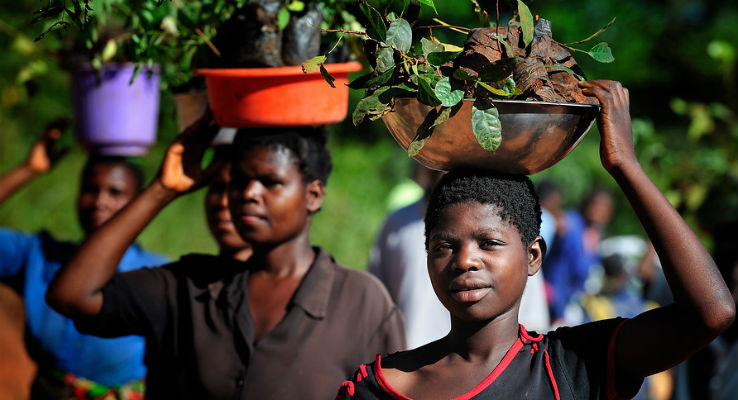 For Africa is also a continent of economic growth, creativity and young people with energy. Opportunities abound for businesses, governments and NGOs and we need to seize these to come up with solutions to important developments in Africa. I mention 7 here:

1. In 2050 the number of people living in Africa will have doubled. Of the total predicted growth in the world population (2.4 billion people), 1.3 billion will be born in Africa. This entails enormous challenges for food supply, welfare and jobs.

2. Half of the population of Africa is under the age of 25. For them 20 million new jobs are needed each year, in the cities and in the rural areas. Young people need prospects for the future.

3. Africa is capable of feeding itself and can even become a global player when it comes to providing the world with food. However, today, Africa imports billions of dollars’ worth of food each year and it is the only continent where the number of chronically undernourished children is still rising. 70% of the population in Africa works in agriculture.

4. Innovations and investments are required to ensure that agricultural entrepreneurs make full use of their potential. This will also make the sector more attractive to young people. The president of the African Development Bank recently put it this way: “We must make agriculture a really cool choice for young people.”

5. International companies profit from the weak fiscal systems in Africa and the countries themselves have had enough. An estimated 50 billion US dollars per year disappear in illegal money flows and through tax evasion. This is double the amount that Africa receives as official overseas development assistance (ODA). If we want Africa to flourish we have to act.

6. The number of refugees in the world has never been higher, and African countries bear a large amount of the brunt when it comes to receiving displaced persons. A third of these refugees – 20 million people – have been accommodated in Africa. The international community has a responsibility to play its part in removing the sources of conflict, and supporting African countries in accommodating displaced persons.

7. The new generation of Africans are global citizens, as in other continents and want to interact with the rest of the world, including Europe. Europe must therefore develop a strategy that enables these young people to migrate legally instead of having to risk their lives and play into the hands of human traffickers.

ICCO is committed to creating job opportunities for young people in Africa, to removing the causes of conflicts, to supporting innovations that help small-scale farm enterprises to develop and up-scale, to forging partnerships with companies and research institutes that want to find and help create incentives for new markets. Africa can flourish by building on its entrepreneurship, and doing this with people who seek out and seize opportunities. I believe in these developments and ICCO can contribute to their progress.