Covid-19: Does a pandemic discriminate?

Coronavirus pandemic is arguably the greatest challenge to humanity after the Second World War. As the crisis unfolds, different thoughts are going into our mind. A personal view of Shakeb Nabi, Country Representative ICCO Cooperation Bangladesh. 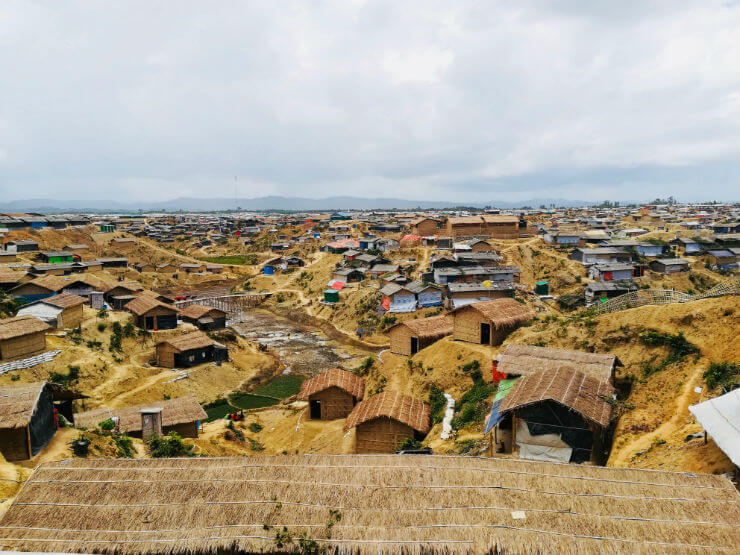 By the initial look of the trends coming from various parts of the world, one can easily figure out that it is an epidemic which has hit the richest countries. The most impacted till date is the United States of America with more than 25 percent of the cases globally. If we add another four European Countries, the total is more than 60 percent of the cases.

Can we infer from the above figures that so far it has touched the rich in the society or is there something to it which we are not able to see? A deeper look at the statistics from these countries gives us some revealing information about the people who have been most impacted. The figure from New York reveals that it is further widening the gap between the haves and the have nots. Can the facts and figures from New York be extrapolated globally? What could be the plausible reasons for the same? There are broadly two factors associated with it, first, the probability of the poorest and the most marginalised being infected with the pandemic and second their ability to recover from it.

The poorest in most of the cases live in highly congested areas like the slums, ghettos. They live on the marginal lands which do not have the best hygienic facilities. There are roughly five million people who have slums as their homes in Dhaka. It is almost impossible to maintain physical distance in slums and ghettos where it is easy to find a family of six living in a very small room. Besides, the situation gets even more complicated as the poorest of the poor in the slums have to share common facilities like the toilet, kitchen etc.

Diseases like pandemic are more pronounced in those communities who have some kind of pre-existing vulnerabilities like mal or undernourishment or some complicated health conditions. An isolated case in slums and ghettos if not addressed in time can spread like wildfire and can put a very large number of populations at risk. There is also a fear that if the poor come out and disclose the symptoms, which might lead to being quarantined or tested positive, they might lose their job immediately bringing the family members who are dependent on them to furthermore vulnerability. There are other issues related to the most marginalised getting the right medical attention. As the capacities of the health systems are getting overwhelmed, it can be assumed that people who are privileged will have easier access to the health services as compared to the people who are already marginalised.

Most of the populations living in the slums across the world are unauthorised, which practically means that they are not recognised as residents, thus depriving them of any rights and entitlements as a citizen. This makes them further vulnerable as they are not able to avail any basic services during normal times and at the time of the crisis. If a person is infected by any disease, where will the person go? Whether their means will allow them to access private medical services?

Another very important factor is identifying the livelihoods of the people living in the slums, shanties and marginal areas. There are around five million people living in the Dhaka slums. These are the people whose livelihoods are on the streets as small and petty traders, as rickshaw pullers, taxi and bike drivers. A vast majority of these populations are dependent on the affluent around them in the form of domestic servants, guards, construction workers, beggars on the street etc.

Right from the day the impending fear or the threat of Corona Pandemic started, the government in most of the countries declared partial or full lockdown with immediate effect. The shutdown has a disproportionate effect on the people who are at the bottom of the pyramid. There were options for the relatively rich people to work from home, to manage their business online. Did the poor have the same luxury? These people have to move out of their house every day to earn their food for the day. These are the people who live hand to mouth.

There are various estimates which suggest that there are between half a million to one million rickshaws supporting between one and two million rickshaw pullers in Dhaka itself. Apart from that, there would be millions of small & petty traders and hawkers running small businesses on the footpath. These are the people whose livelihoods are devastated the most. By any estimates, one million rickshaw pullers or a million hawkers on the street are not these numbers alone but the people who are dependent on them for food, for education, for health and many other things. To add to the list are the people who used to work in restaurants and stores and many more who would be without work and income.

There are some other communities which fall under the high-risk category like the waste collectors and the third gender. According to an estimate by the both the City Corporations in Dhaka, the city has around 7000 collectors who come out of their houses every day and helps to keep the city clean even if there is a lockdown. These communities due to their mobile nature of work fall under very high risk of contracting the virus and at the same time transmitting it to other people.

Can we ensure personal protective equipment to them so that they are safe and help us in keeping the country safe? As regards the third gender, their livelihoods are dependent on collecting alms and sex works and due to the lockdown, this is highly being impacted.

Another very large segment of the population which is synonymous with Dhaka slums and shanties are the garment workers who are estimated around 3 to 4 million and most of them are women. The shutdown of garment factories due to the pandemic would mean no work and no wages for some of them. Even a small percentage of this population could mean huge numbers will be out of work. Back to work for the garment workers could be even more complicated as this trade is highly entrenched with the global economy and the recovery of this sector would be to a great extent dependent on the recovery of the global economy.

Overcoming a crisis like this should be everybody’s business and requires a whole of society approach. The crisis is impacting Bangladesh much later as compared to other countries which give us the advantage to learn from the good practices followed by other countries. First and foremost, it is the primary responsibility of the government to look after the wellbeing of its people. The government apart from promoting social distancing should also quickly put in place a series of progressive policies. A living universal income, freeze on house rent, rent of the vehicle, make health facilities free across the country which will encourage the people to come out of their house and visit the health facility. The government should also invest in homeless centres on a priority basis so that people on the street could be quarantined and proper medical support provided.

There should also be some mechanisms which take care of the food security of the community until the business starts getting back to normal. The petty traders and hawkers should be given the revival package to ensure that they are back to business as soon as possible. The business houses should also be given some incentives to support employment retention. And the corporates should be encouraged to come out with business continuity plans.

*This blog is also published in The Business Standard (Bangladesh)