We have been given a gift: an opportunity to make a difference in the lives of others. We are honored, we feel privileged, and we take our responsibility seriously. 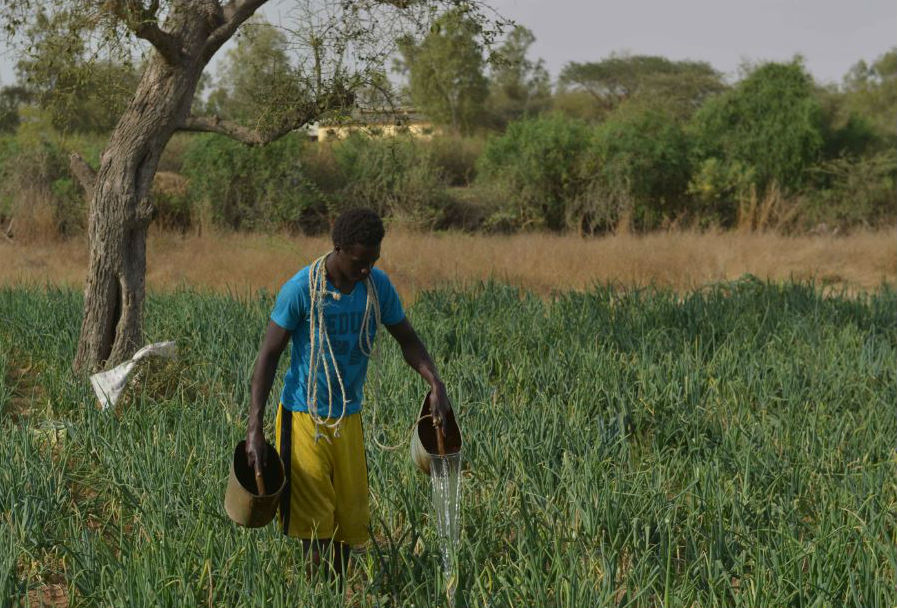 These sentences, prominent on the entrance wall of our office in Toronto, elegantly summarize the values that we strive to uphold at the MasterCard Foundation as we work to provide economic opportunities to disadvantaged people in Africa, particularly youth. It is in this spirit that the Foundation has partnered with AgDevCo, Root Capital, and ICCO to expand access to finance for smallholder farmers, increasing their productivity and income through innovative business models.

All three organizations recently launched their West African programs in Dakar, Senegal. After the formal part of the launch, staff from the three partners and I were able to spend a few days in northern Senegal, meeting with smallholder farmers in the region around Saint Louis. This unique opportunity enabled me to meet with an inspiring young man. Here is his story.

Story of a young men in Africa

Many young people in Africa believe that the path to success is through an office desk job. This was the case with Ousmane Ba, the young man I met during the field visit. While in school, he envisioned his future as being different from the difficult livelihood he had experienced with his family.

Ousmane Ba, at first sight, seems to be like every other youth his age but the reality is different. He carries on his shoulders the heavy responsibility, acquired at too young an age, of taking care of his entire family. While studying in Saint Louis he was obliged to return to Rao, a small village in the back country. Ousmane had dreamed of obtaining his baccalaureate from a technical high school in Saint Louis and landing that desk job. Unfortunately, all the conditions required for his academic success were not met.

When I spoke with him in a dry farm field under a blazing sun, where he was tending to his onion crops, he was silent for a moment when he spoke about this episode in his life. As a true believer, however, he accepted what had arisen and the subsequent decision to give another dimension to his life. “There are many ways we can support our families,” he said, “and agriculture is one of them.”

Can we make a difference in the lives of young African people?

We know that approximately 89 million youth aged 12-24 are out of school in Sub-Saharan Africa, like Ousmane. According to the World Bank, in the next decade an estimated 40 million more youth will drop out and face an uncertain future without adequate academic, work, and life skills. Young people living in rural areas are more likely to be excluded from education than youth living in urban communities.

The fundamental question that comes to mind is: Can we make a difference in the lives of young people like Ousmane Ba and, through ripple effects, on their entire families?

From the short time I spent speaking with this young Senegalese man, the answer is an unambiguous “yes”! Here are the reasons:

With its ample storage facilities, Ousmane’s village, Rao, plays a pivotal role in onion production in the region. Onions are produced as a cash crop mainly by smallholder farmers and the crop is grown with supplementary irrigation. Average yields are among the highest in the region.

From what I have seen, however, smart innovation coupled with use of the right technology, could be a significant game changer in interesting young people in a career in agriculture. Innovation in thinking and in the way technology is applied could ease the amount of work required of smallholder farmers while also increasing their incomes when market conditions are met.

We have been given a gift: an opportunity to make a difference in the lives of others.

I take this responsibility seriously and, as I left Ousmane, I couldn’t help but feel some dismay, knowing that so little is needed to bring hope and make a such a big difference in the lives of others.

Blog by Sambou Coly: Program Manager and Financial Inclusion at The MasterCard Foundation.

Photo: By Erick Ahounou for the Mastercard Foundation, Ousmane Ba tending to the onion fields he cultivates, near Rao, Senegal.