Rohingya Refugee Crisis – A Test of Our Humanity 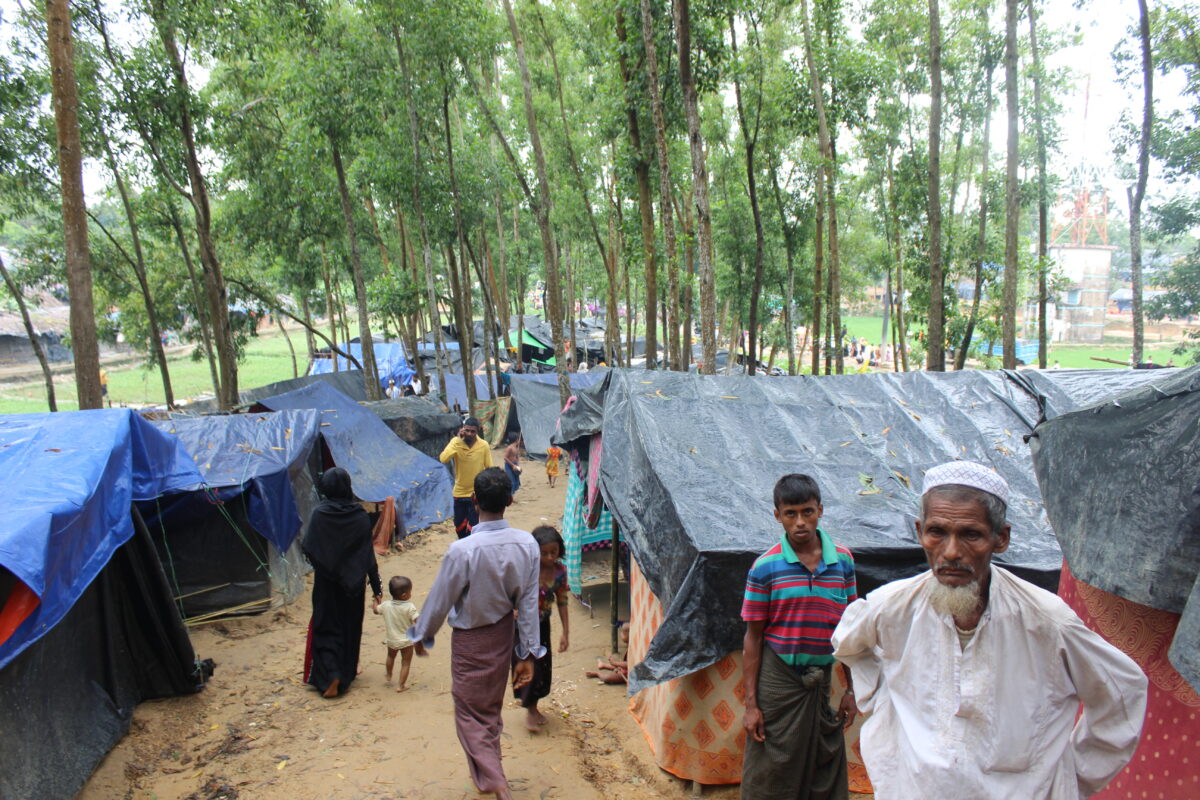 Over the years, I have come across people living in the most difficult circumstances in different countries and I made a conscious choice of working in the development sector as I wanted to make a difference in their lives. Earlier this week, I visited refugee settlements in Cox’s Bazar as part of a needs assessment for an emergency response program on the sudden influx. These settlements are housing more than 420,000 Rohingyas who have fled Myanmar and entered Bangladesh over the last one month. It is estimated that 80 per cent of the refugees are children and women, including newborn babies and pregnant women. I thought that I had seen the worst of conditions, but the scenes and stories that awaited me in Cox’s Bazar, have left my heart broken and my mind in distress.

Here, the existing makeshift settlements and refugee camps have been expanding significantly, while new spontaneous settlements are forming raidly. It is almost like a “city of refugees” with houses made of black polythene sheets. People continue to come into this “city” through different crossing points, including by marine routes through coastal areas on the Bay of Bengal, over the Naf River in Teknaf and via land crossing points in Ukhiya and Bandarban districts. They arrive hungry, exhausted and with no food or water. Most of them walked 50–60 kilometers, for up to eight days, and are in dire need of shelter and protection.

“You must stay strong”

I knew my visit to the camps would not be easy as I had been reading numerous articles and watching videos on, what is now being considered as, one of the biggest humanitarian crisis of our time. While driving to our destination, I saw people making “huts” wherever they found some space, using plastic, ropes and bamboos. Majority of the people were staying under open skies (some were next to the highways), suffering from trauma, exhaustion, illness and hunger. Before getting out of our car, I told myself “Raisa, you must stay strong”. As I entered the camp, I was greeted by hundreds of eyes staring at me with hope. But, they all seemed too weak to come up to me and ask for help. Those who were active, put down bamboos on the ground so that I could cross the muddy puddles and go further inside the camps. The Rohingya families soon understood that I had nothing to offer them; yet they welcomed me to their makeshift “homes” to share stories of despair and destruction.

The first family I spoke to had fled their home in Rakhine when their child was only seven days old. I noticed burn marks on the infant’s face, but I did not have the courage to ask what happened. When asked about their primary concern, the mother quickly replied that she is unable to breastfeed her child due to lack of food and clean water for her own intake. When asked what they need, the father responded that he wanted work, so that he can earn money and buy food for his family. He could have asked us for food or cash, but instead, he said “I don’t want free money. You have given us enough and I feel ashamed to ask for more”. I was taken aback by his response, but before I could say anything, someone tapped me on my back. I turned around, expecting to see my colleague, but there was a young Rohingya girl (around 11 years old), carrying her baby brother. The one-year old boy had burn marks all over his stomach and right arm. The girl said they were very hungry and asked me for food. I did not know what to say to them, so I turned away as my eyes became teary. I could not give them food or cash because there were hundreds of thousands waiting for the same. They were everywhere….I could not hold back my emotions any longer and as I was wiping off my tears, a Rohingya man came close to me and said “sorry”. I asked him why he was apologising and a colleague translated his response. He said “Sorry, we made you cry.” I wanted to say sorry for so many different reasons to him. I was sorry that they had to lose their home. I was sorry for their living conditions in the camps and the monsoon rains that made it even worse. I was sorry that they were starving and I could not do anything to help. But, I could not say anything; I just quickly walked out of the camp to get to the car and return back to my room.

“It was an easy escape for me, unlike the refugees who were watching smoke rising from their villages— a place they once called home—burning across the border in Myanmar”.

Test of our humanity

The next day was the same; I met many more Rohingya families, including injured men, malnourished children, and pregnant women. They were all weak and hungry. They were all exposed to diseases. They were all traumatized and in need of psychological attention. All I could do was listen to their harrowing stories and I had no words to comfort them with. Every time their words became too difficult for me to bear, I ran back to the car to compose myself before going back to the camp. Upon my return to Dhaka after the two-day visit, what frustrated me the most was having to convince people of the severity of this catastrophe. Aid is scarce, but the need on the ground is massive.

As I lay in bed, back in the comfort of my home with my loved ones, I realize that there is so much suffering in the world and we all seem so unaware of it. But, is this a good enough excuse? We cannot say we do not know what is happening when live updates pop up on our smartphones every few seconds. As a human-being, I only pray that we can be humble and embrace these strangers, who are victims of terror that is beyond our wildest imagination, and who have come to our land seeking freedom they never had. This is our duty now. This is a test of our humanity.