By supporting producer organizations in Rwanda to include more women in their leadership, ICCO Cooperation’s STARS program also stimulates female farmers to become leaders in their homes, their farms, and their communities. 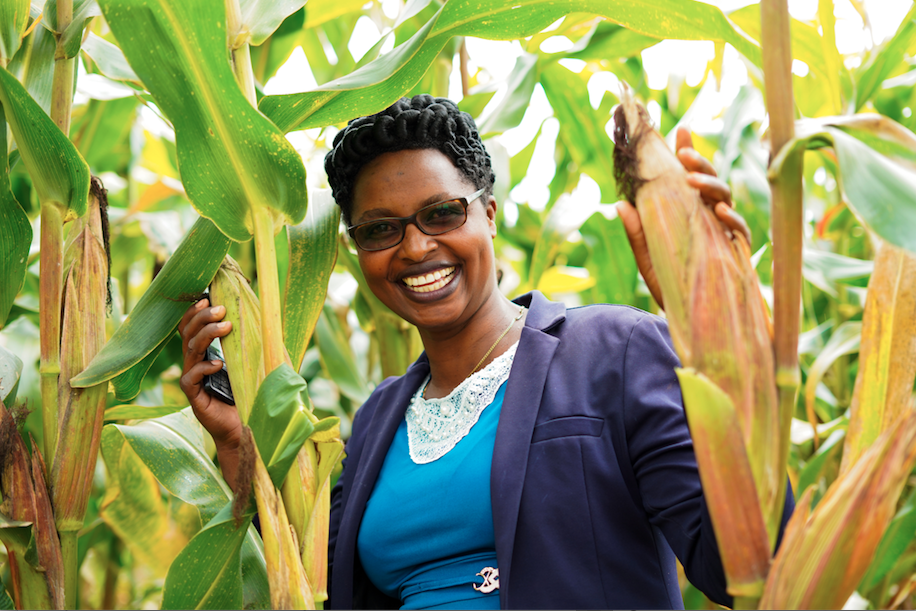 Although 76 percent of economically active Rwandan women are engaged in farming activities, they don’t have the same access to land, key jobs, production inputs, finance or markets in the same way as men do. As a result, female farmers are mostly relegated to subsistence farming and the money that is being generated doesn’t trickle down to them.

“Women in farmer cooperatives are doing most of the production activities at all levels of the value chain, have most of the yield but do not participate sufficiently in sales and marketing of the crops, because they lack market negotiation skills. Also, household activities are limiting them to search for market information. Therefore, empowering women with such skills will help them become more involved in the market aspects of the value chain,”  Value Chain Consultant for STARS, Aurore Agasaro explains.

Gender committees put in place
ICCO Cooperation’s STARS program targets to reach 44,000 Rwandan smallholder farmers, of which 50% women. Through SCOPEinsight, a cooperative assessment tool, it was found that just a few or no women were involved in cooperative leadership when the program started in 2017.

MUKAGIHANA Charlotte, a farmer in CORIMAK, a producer organization in Gatsibo district, explains what has been the mindset: “We have always thought that men have the authority to lead, not women. Moreover we have our household responsibilities which do not allow us sometimes to have enough time to consecrate to the other responsibilities.”

STARS strategically started its interventions by putting in place gender committees within each producer organization, which were needed to help solving gender issues in the cooperative. A persistent problem was when male members made their wifes, who were not members of the cooperative, work in the field and during harvest. Despite their hard work in the field, their husbands would receive the harvest payments from the cooperative. The STARS gender committees put these practices on the agenda, by providing gender awareness trainings for all members. In addition, the gender committees became active advocates for their female members towards their management, sensitizing the importance of having women in their leadership. As a result, cooperatives organized elections, and more women were elected to be part of management.

As more and more women started to become part of leadership, STARS conducted a series of trainings on marketing and negotiation skills for female members, equipping them with knowledge and confidence to be more active in their respective committees on marketing, price dealings, selling and decision making.

Women saving groups
Moreover, all female members were encouraged to save a part of their income. STARS helped them to form savings groups in which they saved small weekly amounts. These savings helped members to take informal loans which they used for setting up business activities.

Abeza Josée, maize farmer in Impabaruta PO (see cover photo): “Thanks to the newly acquired skills, I was confident enough to campaign in the following election and I am now the secretary. I have a word in the management of the cooperative. On top of that, thanks to STARS training and awareness raising on savings, I realized that my farming income can be invested again to generate more income. So, I grouped the women in my PO into a savings group and we started saving 1 USD per week. From that savings, I was able to buy my tailoring machine and I am now a tailor in my village. My next target is having my own tailor shop so that other tailors can even rent the space from me.”

An important side effect of the savings groups is that these female members are becoming bankable for microfinance institutions. Although they mostly lack the collateral to take out loans, they have built savings financial records, which shows that they are capable of managing their finances.

Philemon UWAYEZU, MFI Clecam Ejoheza Branch Manager explains: “Savings is an important requirement for clients to access the loan. We know that women have little access to collateral but from their savings they can prove that they are financially stable. As a result of these records, we can start to develop financial products that suit their needs.”

One of the most significant changes happened at the household level. Since women have started to generate incomes, their husbands are considering them as a great importance in the household financial management and they can have a word in their own homes now.

NYIRAMUHOZA M. Goretti from TWIZAMURE-Ruhuha eastern province said: “The biggest change that I have seen in my own livelihood is that I am more vocal towards my husband, and he lets me be part of decision making. I have my own income now, and so I have financial independence.”

More info
Read more about Cracking the Nut: ICCO’s 4 Lessons to Boost the Onion Value Chain
Published on May 4, 2020 by Hikma Sultan