The Importance of Gastronomy for Colombia

Last Sunday Dutch Prime Minister Rutte and Agriculture Minister Schouten traveled to Colombia for a trade mission. One of the main themes is access to (healthy) food for residents in megacities such as Bogota and Medellin. It is especially important that a link is created between small farmers in the countryside and consumers in the cities. Gastronomy education that promotes local food can contribute to this. 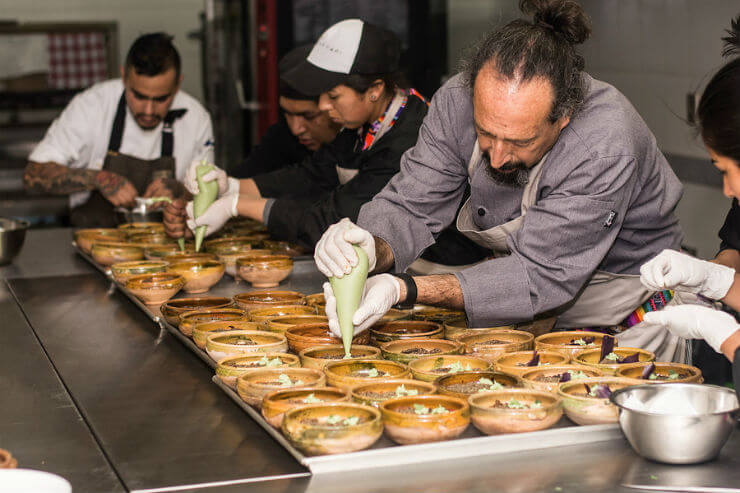 We all know Colombia as a country that has suffered from a complicated civil war for decades. The protracted conflict has had devastating effects on, among others, young people and farmers. Many became dislocated after being forced to move to a safer area. Others fought in the civil war and are now trying to find their way in peacetime. Farmers were obliged – under the threat of violence – to grow coca on their land or they were even expelled by force from their land.

Now that there is a peace agreement, the time has come to build a harmonious society again. That is a complicated process. Gastronomy schools that teach young people how to cook with local products can offer a solution for the following three reasons:

As a result, the gastronomy schools are in line with a broader food movement that is arising worldwide and is calling for more local consumption, which also ties in with the agricultural vision of the Dutch Minister of Agriculture. The schools have gathered a ring of chefs who advocate the revaluation of the local culinary culture. Think of the world-famous Claus Meyer (founder of restaurant NOMA), the Dutch Joris Bijdendijk (restaurant RIJKS) and the Danish Kamilla Seidler (restaurant Gustu).

In this way, local gastronomy in Colombia kills several birds with one stone: it gives young people a future perspective, ensures that local farmers are valued more and contributes to peacebuilding. And the latter is important for international trade. It is with pride that students from our gastronomy schools will cater to Minister Schouten at the Feeding the Cities congress on 29 November in Colombia.

Conny Toornstra is ICCO’s Regional Manager for Latin-America. ICCO, together with Melting Pot Bolivia, established 13 gastronomy schools in Bolivia and 2 in Colombia, under the name ‘Manq’a’.