Vegetables for All Project in Tanzania

Arusha and surroundings – the ‘Geneva from Africa’ – formed an excellent location for the hands-on training and preparation workshop I recently organized together with well qualified local staff. 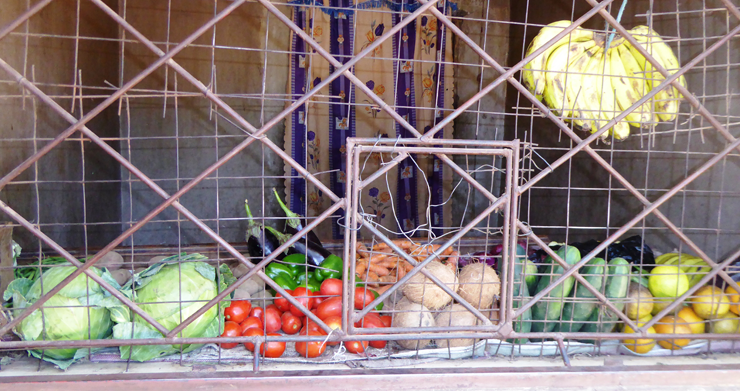 Our goal was to train project staff on data collection among targeted household to establish a baseline  for the Vegetables for All project, part of the Amsterdam Initiative against Malnutrition (AIM). This will serve as a starting point to measure the impact of the project in Tanzania. The project aims to improve income and nutrition among 4,000 small scale farmers as well as access to nutritious vegetables among base-of-the pyramid consumers in Arusha, Kilimanjaro, Tanga and Manyara regions.

The Tanzanian Horticulture Association has the lead at national level and will train 4,000 small scale farmers to improve production, post-harvest handling, marketing and  consumption of nutritious vegetables, with support from above mentioned specialized partners.

The current whatsapp group, involving enumerators, coordinator and resource persons, reveals that provided knowledge and techniques are being put in practice.

To keep track of planned interventions and to find out whether these contribute to the desired change in income, living conditions, food security and nutrition improvement a monitoring and evaluation system has been designed. This includes a baseline survey with specific indicators to determine the current situation among a representative sample of 600 of the 4,000 small scale farmers involved in the project, both as producers and consumers. During home visits a member (preferably the woman responsible for meal preparation) of these 600 households will be interviewed.

The questions are grouped in three parts:

Throughout the questionnaires specific attention is given to the position of women in the household. There is evidence that the position of women strongly relates to the food and nutrition security situation. Besides collecting gender specific data we include questions to determine who does the main part of the work and who takes the main decisions on what to grow, how to market it, what to consume and what to do with the generated income.

Data is to be collected by a group of 8 enumerators who received tailor-made training during five days and are coordinated by a senior local coordinator. The training included detailed information on the project, sampling, food and nutrition indicators, interviewing techniques as well as logistics.

For collection and registration of data we are using tablets with the AKVO FLOW app. The collected data is saved on the tablet per household and submitted to a web-based data base once there is access to internet. We mainly use of ‘closed questions’ with pre-defined answers. These have been loaded to the tablets both in English and Swahili. Enumerators have received one day training on the use of tablets.

After one week of intensive training, provision and testing of tablets for data collection and detailed planning of logistical arrangements the group of eight enumerators was ready and motivated for the actual data collection. In all this the role of the local coordinator has been and will be key. Data collection has been scheduled for a number of 15 consecutive days, immediately following the training. The enumerators, the local coordinator plus TAHA representative will travel together to each one of the four regions, taking three days for data collection per region plus one day of travelling between regions. This facilitates further ‘on-the-job’ training as well as exchange of experiences among enumerators.

The results of the baseline data collection and further lessons learned on the process will be shared in a next blog.

ICCO Cooperation forms part of the Amsterdam Initiative against Malnutrition (AIM) consortium. This public private partnership implements the ‘Vegetable for All’ project in Tanzania, with support from the Dutch Government and involvement of Rijk Zwaan, Wageningen Centre for Development Innovation, GAIN, Rabobank Foundation, AVRDC and the Tanzanian Horticultural Association (TAHA).