Last week I visited Jordan. ICCO is starting up a new project here: supporting entrepreneurship amongst the local community and refugees from Syria. 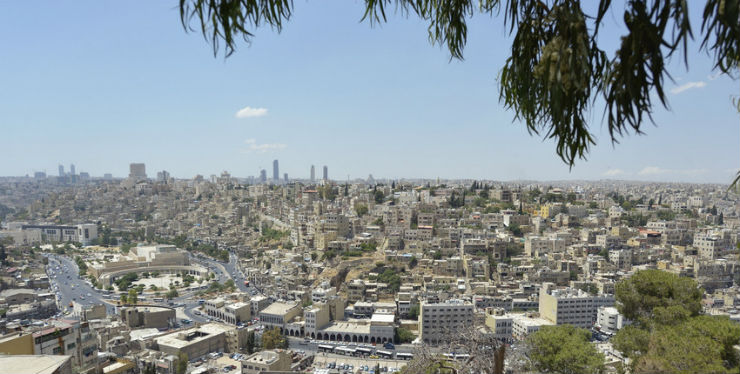 It’s good to realize that we are not able to run this project without the help from the Jordan government, which plays a crucial role when it comes to providing more right for refugees.

Jordan, a country with many refugees

In the capital Amman I met the Dutch ambassador, Barbara Joziasse, a lady I knew from the time she was ambassador in Zimbabwe. I talked with her about the development policy of the new Dutch government, which targets three new focus countries: Iraq, Lebanon and Jordan. The new government intends to focus on improving shelter for migrants in their region of origin, such as Jordan, and creating employment opportunities for refugees is a priority. Jordan plays a key role in this because it’s the most stable country of these three, and in the whole Middle-East.

The fact that Jordan is quite stable is not that obvious if you look at the history. During the wars with Israel in 1948 and 1967 Jordan received many Palestinian refugees. Nowadays over 2 million Palestinian refugees live in Jordan, probably the largest part of the population. Most of them have gained full citizenship rights, allowing them to work and to have access to public services and healthcare, in contrast to Palestinians in Lebanon.

Jordan coped with more influx of refugees. The Gulf War brought many Iraqis to Jordan. And since the start of the Syrian war in March 2011, many Syrian refugees came to Jordan. One would expect that so many refugees destabilizes a country. But maybe Jordan is a stable country because it is used to cope with so many refugees and an ever changing population. It is therefore of course also receiving considerable support from the international community.

The stay of the Syrians in Jordan is becoming more and more long-term. Although some people consider going back to Syria, the largest part of Syria is still unsafe. Besides, since many Syrians already live for almost 7 years in Jordan, the question is if people will go back when the situation is safe. People have built up a new living. This is also what you see when visiting ‘refugee camps’ in Jordan. Most are not camps which we are used to see on the news with temporary tents. Most of the Syrians in Jordan live in neighborhoods in concrete houses for which they pay rent.

When visiting one of the neighborhoods in Amman where many Syrians live, I met some powerful women who run small businesses. One of them offered beauty services such as hairdressing. Another one earns some money with selling backyard chicken and eggs. These women are not allowed to receive microcredits because they are Syrian refugees. For NGOs such as ICCO it is thus impossible at the moment to financially support initiatives like these and thereby secure the path to development.

There are also legal hurdles to overcome in setting up our Business Recovery Services & Fund, our new program on refugee entrepreneurship, targeting both Syrian refugees and the local community. Procedures to open a registered business are costly and there is a quota on the number of refugee employees.

That’s why we talk with the government to see if there can be more rights for Syrian refugees to receive microcredits and stimulate entrepreneurship. And the Jordan government is thinking along. For example, it committed to giving 300,000 work permits to Syrians, giving them the right to work. So far 60,000 have been issued.

I learned a lot from my visit to Jordan. It was good to talk to people to see what is needed, not only for our new program, but also in a broader sense. And I am impressed by the vitality of the Jordan population.