“Where Do You Go? Have You Eaten?” 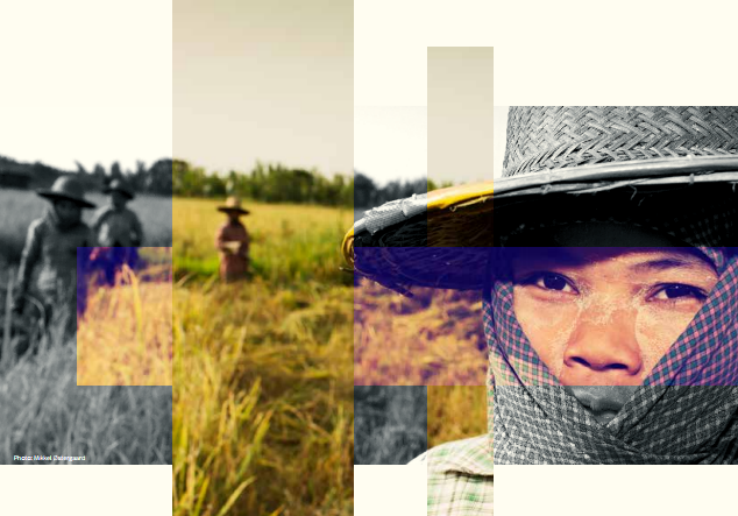 A few weeks ago Myanmar’s State Councillor Daw Aung San Suu Kyi visited Brussels. Her rejection of the United Nations’ inquiry concerning the Rohingya crisis became world news. Another Brussels-related activity, which is going on at this very moment, was not broadcasted widely. Here I mean the Investment Protection Agreement (IPA) which is currently negotiated between the European Commission and the Myanmar government.

It will be the very first IPA between the EU and a ‘least developed country’. Since the first round of negotiations many Myanmar civil society organizations have been very critical, of the non-transparent and non-inclusive negotiation process, as well as of the (likely, because not disclosed) content of the agreement. These organizations are supported by a large number of international advocacy and development organizations, among them the ACT Alliance of which ICCO Cooperation is a member. You can find the recent ACT Alliance report about the risks and opportunities of the IPA here.

The problem with the IPA is that it states it will promote EU investment in Myanmar. This investment is intended to bring foreign capital, employment, new technologies, skills and know-how to the country. However, in the ACT Alliance report we warn that the IPA may also lead to human rights violations (specifically land rights, and rights of indigenous people and other vulnerable communities). Moreover the agreement may negatively affect Myanmar’s ability to prevent or redress future problems regarding human rights and land investments, because it may limit the country’s policy space. Investment agreements like the IPA come way too early in this country that has just started to design new laws, public policies and other relevant regulations on land, investments, food security, etc.

The report signals a number of lobby & advocacy recommendations from civil society towards the European Commission and Myanmar’s Directorate of Investment and Company Administation (DICA). They include the demand for binding provisions on performance criteria for companies. For example, in the current pending IPA are no requirements for investors to employ a certain percentage of Myanmar staff. They also include the demand for provisions on people’s rights to make use of an appeal mechanism, whereas the Investment Court System provision will be part of the IPA (still too similar to the controversial Investor-State Dispute Settlement mechanism which allows companies to sue states directly through international tribunals, and as such circumventing domestic courts).

Of course the European Commission brings up the argument that Europe sets and follows very strict human rights standards. Moreover, the negotiators are convinced that Myanmar’s situation is receptive for new investments which will bring economic progress and prosperity. During the last consultation meeting it was mentioned that the IPA might stimulate the employment of young men and (mostly) women in new garment factories. Now I do not associate garment factories with progress and prosperity. I associate them with low wages, unsafe work spaces, pollution and Primark selling too cheap clothes which will be thrown away too soon. I also associate it with a lack of labour force in the rural areas in Myanmar, where family and community members of smallholder farmers have moved away to work in factories, which means there are too few people left to help planting and harvesting the village’s crops. Let alone young farmers to be trained to become professional farmers themselves later on, and to be their parents’ successors. This is risky for sustainable food security in a world where the largest part of the consumed food is still produced by smallholders.

I thought about the young ladies working in Yangon’s garment factories when I was having lunch with an Indian friend of mine last weekend. He has been in Myanmar for many years and speaks the language practically fluently. We discussed the concept of greetings in Myanmar. There is the well-known greeting “Mingalabar” which literally means “It is a blessing”, but which is not commonly used among Myanmar people themselves. People do not really say something like “Hello” but they rather say “Bae twa ma lo lae?” (“Where are you going?”) or “Sa pi bi la?” (“Have you eaten?”). Taking investment agreements and the example of the garment factories a bit far, but not unrealistically, in a decade we will ask the people in the street where they go, and if they have eaten. They will answer that they go to the garment factory to produce cheap cloths for consumers in far-away countries. And they will answer that they have not eaten, because they moved from their land and they have un-learned how to grow their crops.

Yes, responsible business can contribute to development, and yes, it can positively affect human rights. But a lack of responsibility can achieve the opposite. Let us work together for investment agreements that genuinely benefit communities, governments and the private sector. I hope the State Councillor and her DICA will slow down the EU-Myanmar IPA negotiation process to get a better deal.