World Food Day: Where Are We on SDG2 (Zero Hunger)?

In 2015 world leaders agreed to the 17 Sustainable Development Goals (SDGs) in an effort to reach a more just and sustainable world by 2030. Yet five years after the adoption, the world is not on track to achieve most of them. 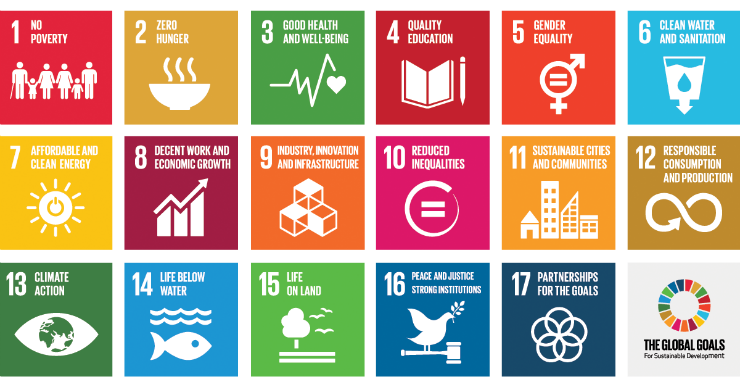 Up until 2019, some progress was achieved in certain areas, but it was uneven and often slow, stagnant and riddled with setbacks. Then the COVID-19 pandemic sprang upon the global stage, setting us back to an alarming degree. COVID-19 rapidly morphed from a health emergency into a socio-economic crisis, where, again, the poorest and most vulnerable around the world are the hardest hit.

In light of World Food Day 2020, we reflect upon current progress towards SDG2: End hunger, achieve food security and improved nutrition and promote sustainable agriculture. Based on pre-COVID-19 data, we were already lagging behind in the achievement of SDG2. According to FAO, in 2019 about 690 million people were hungry (9.5% more than in 2014, and representing 8.9% of world’s population) and 2 billion people (almost 26% of world’s population, or one in every four persons) faced moderate to severe food insecurity. Sub-Saharan Africa has the highest levels of food insecurity, while Latin America and the Caribbean’s food insecurity is increasing the fastest. Throughout the world, women face higher rates of food insecurity as well as disadvantages in land access and ownership. Global spending on agriculture is not commensurate with its share in global GDP, while smallholder farmers continue to struggle to increase productivity and incomes.

On the other hand, reports also indicate that global agricultural production is increasing; trade flows in food and agriculture are up significantly compared to five decades ago or even fifteen years ago; and paradoxically, there remains enough food on the planet to feed everyone. In terms of crop production, cereals continue to lead. The top five crops (sugar cane, maize, wheat, paddy rice and potatoes) experienced important growth between 2006 and 2016, as did biofuels and livestock production. This reflects a “shift of diets towards animal-based products such as meat, milk and dairy”. This shift has important implications for food security, nutrition and the environment since it involves conversion of land for livestock instead of crops (or instead of forests) and the production of crops for feed rather than food for humans. It is estimated that industrial meat and dairy production “…relies on feeding 34% of human-edible crop calories to animals globally…” As well as crops being diverted to livestock while more than 690 million people are going to sleep hungry, one third of food produced worldwide is lost before it reaches the final consumer or it is wasted. According to the FAO, “Food waste at consumer level in industrialized countries (222 million ton) is almost as high as the total net food production in Sub-Saharan Africa (230 million ton)”.

The above data and numbers clearly indicate that there is an asymmetry in the way our food systems operate. Agriculture production is increasing, but so are hunger and food insecurity, and we have the luxury of wasting and losing one third of food. Addressing these asymmetries and fundamental inconsistencies in the path to sustainability and equity will require significant transformations in how our food systems function.

In ICCO Cooperation, we believe that rising production is not a goal in itself if it is not coupled with increased food security and improvement of local livelihoods of poor and vulnerable populations. Through our work with smallholder farmers and small and medium enterprises in developing countries, we are contributing to the achievement of “small wins” that will lay the foundations for the desired transformative changes. We strongly believe that the more than 500 million smallholder farmers around the globe are important agents in socio-economic development and food security, and have a key role to play in global climate change efforts. This is why they are the heart of our interventions. In ICCO Cooperation we support gradual transition to sustainable and inclusive production, processing and marketing models through identification, validation and scaling up of promising practices. To make this possible, we promote multi-actor processes. Beside the key role of smallholder farmers, we also engage small and medium enterprises, business development services, local governments and researchers, leading to improved incomes and food security, and climate resilience. We have also strengthened the position of excluded groups through lobbying and advocacy strategies together with our Dutch and local partners.

In this World Food Day commemoration, we are still hopeful that much can be achieved before 2030 in all SDGs, pending political will and efforts at multiple scales from all actors in society. And we recognize the interrelationship among the different SDGs. Hunger is directly related to poverty and inequality, making progress on other SDGs essential to progress on SDG2. As ICCO Cooperation, we will continue to support smallholder farmers as key agents of change and development. They are our food heroes.