How to promote entrepreneurship among afro youth that have been second-class citizens in their country for a long time? That is not easy, but ICCO learns lessons and sees that young people start up businesses. 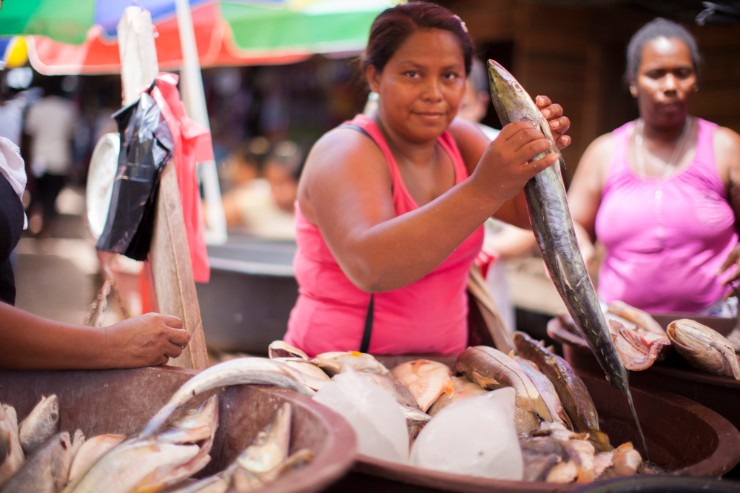 Historically, the Nicaraguan Autonomous Region of the north Caribbean coast has been perceived as a distant social, cultural, political and geographical area. Still it represents the biggest surface with 27% of the national land and the third territory with most population. Youth between 15 and 29 years old compose 30% population and 57% of the economically active population.

In this context, ICCO Cooperation, Kerk in Actie, and the network of Afro-Latin American, Afro-Caribbean and Diaspora Women (Red Afro) executes a project to promote entrepreneurship and economic rights among afro youth, where community networks and youth participation have been lynchpins aspects for the success of business interventions.

Since 2017, Red Afro has been building capacities among 150 youth to strengthen knowledge and attitudes for entrepreneurship in the Caribbean coast, where most of the economic activity in the area entitles the primary sector including agricultural and fishing activities. To date, youth have been able to start small businesses, including an aluminum and glass workshop, tuno´s crafts, fruit smoothies, artisanal fruit jelly, cassava and plantain chips, and variety stores. Young afro entrepreneurs also had the chance to share best practices with other business owners, which have been longer in the market and that know the Nicaraguan Caribbean area.

There are several lessons learned from the implementation of this project, for example, previous capacity-building for youth enabled Red Afro to create a social network of participants with knowledge and attitudes to prevent violence and promote peace.  The opportunity to create a business also represents an incentive for youth to study and to exercise citizenship.  For the organization, the focus on economic empowerment has meant an increase in their lobby and advocacy power to promote and defend afro youth and women rights in the Nicaraguan Caribbean coast.  Up to date, the project has benefited 196 people directly in Bilwi.

In the future, from ICCO we expect that these new entrepreneurs will have the capacity to assist other possible business startups and that they will identify possibilities related to the agriculture sector.