4 Perspectives on the Value of Shea

On April 16 2018, West African women’s groups, international food and cosmetics companies, suppliers, researchers and and non-profit organizations in the shea butter value chain gathered in Utrecht for the European Conference of the Global Shea Alliance.

These unusual partners are all connected in the value chain for shea nuts. We asked them to share their role and perspectives on the shea value chain.

Shea: what is it?

Shea butter is made from the nuts from the shea tree (the vitellaria paradoxa, also known as karitÃ© tree), a tree that mainly grows in West Africa. Women traditionally collect the nuts and sell them to earn some extra income. Shea butter has many interesting properties. The kernels have a high fat content, strong moisturizing effect and anti-inflammatory properties. And it is edible. Shea butter has been used for centuries for skin and hair preparations. Today shea butter is an important ingredient in many food and cosmetic products such as chocolate and pastry like from Ferrero Rocher, or in bodycare from brands like L’Occitane, The Body Shop and Treets Traditions.

Global demand for shea butter continues to grow – the shea industry has grown 600% in the past 20 years. More than 350,000 tons of shea butter are now exported from West Africa each year. Approximately 4 million women are working in the shea industry in collecting the nuts and processing it into butter. As the demand for shea butter continues to grow internationally, there are economic opportunities for many women in West Africa.

4 perspectives on the shea value chain

We asked 4 stakeholders in the supply chain of shea to share their role and perspectives on the shea value chain.

Laceera Adam Zakaria is the Secretary of Yumzaa Anest Ltd, a group of women shea collectors and butter producers in Northern Ghana. Laceera has been working for the group the past 4 years. The cooperative was established in 2013. “Nowadays, 126 shea butter processors and over 500 shea nuts collectors are members of our women’s cooperative”.
Collecting and processing shea is traditionally a women’s job. With an increasing international demand for shea butter there is a risk that there will be less demand for handcrafted butter. “Our wish is that we get more support for women, who produce handcrafted butter. Nowadays, there’s more and more demand for machine extracted butter, which is more of a man’s job. This means the women will be left idle”. Several public-private partnerships in the shea value chain focus on improving the position of women in the value chain, so that shea will stay an important source of income for women in West Africa.

2. A supplier: added value in the country of origin 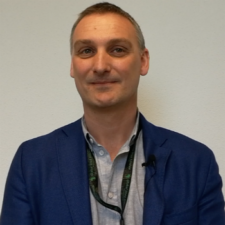 Tom van ‘t Hoff is Sales Director at Olvea Netherlands. Olvea is a supplier of vegetable oils, amongst which shea butter, to the food and cosmetics industry.
In order to strengthen its commercial business and to comply with international standards, Olvea decided in 2008 to establish an own factory in Burkina Faso. “We’ve been able to set up a green factory with a lot of support from local institutions around us and determination to make a difference in the local market, with local staff”.

Before, business through middlemen was common practice – which resulted in inconsistent quality and volumes. Since 2008, Olvea is able to source directly from producers. This makes the chain transparent and controllable. “The processing of shea butter is now done in Burkina Faso, so we really create added value in the country of origin”.

Olvea supports women’s cooperatives in improving the quality of their products, by providing logistical support, supplying material for storage and giving training in more sustainable processing techniques. “For us it’s really important that people are closer to the final market and that they know what they are involved with”. For Olvea, this guarantees a continuous supply of shea nuts that meet their quality requirements, and strong cooperatives as long term partners. Besides, Olvea is able to better communicate to end-customers about the source of their products.

3. A cosmetic brand: towards a climate-neutral chain 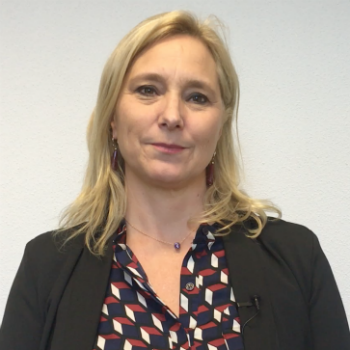 Rian van Velzen-Bastiaansen is the CEO of the cosmetic company Nature’s Choice. Nature’s Choice produces dry cosmetics which contain sustainable products. Under the name Treets Traditions the company sells a number of product lines that are based on age-old knowledge and traditions of body care using natural products from different parts of the world, such as shea butter from West Africa.“At this moment we are a buyer of the shea butter at the end of the supply chain, but we want to be more involved at the beginning of the chain, so that we really know where the produce comes from”.

Rian’s wish for the future of shea is to produce 100% climate neutral. The processing of the shea nuts into butter is done by drying the nuts in the sun and cooking it on open (wood) fire for a long time. A very unsustainable method, wasting tons of wood and releasing huge amounts of CO2: per kilogram of traditionally processed shea, no less than 7-10 kg of CO2 is released. “My dream is to produce everything CO2-neutral. That means that we have to go all the way back in the chain and see how we can set this up”. 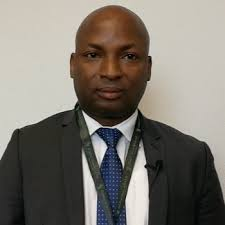 Ataoulaye Bah is ICCO’s Deputy Regional Manager for West Africa. Since 2004, ICCO has been working in the shea industry in West Africa, and since 2009 it has been focussing more on building public private partnerships. “ICCO provides technical assistance, both to the private sector but also to the women organizations on the ground to make sure that they can do business together. We build bridges”.

Ataoulaye’s wish is to better protect the shea parklands. Ataoulaye: “Shea trees should be protected the same way as other economic trees, like mango trees”. In a recently approved project by the Dutch Postcode Lottery, ICCO will work with BirdLife Netherlands on sustainable shea parklands, to ensure the availability of shea nuts for future generations. Shea trees are in danger due to climate change, overgrazing, deforestation and intensification of agriculture. Recent research has shown that the decrease in pollination is leading to a declining production of shea nuts (less pollination = fewer fruits and fewer nuts). Initial studies show that shea yields are determined by pollination by honeybees and stingless bees. As a result of declining biodiversity, these natural pollinators are disappearing, causing existing shea trees to bear less and less fruit.