Recent figures of GEOPOTATO in Bangladesh, show that 7,000 farmers subscribed for the information service during the last potato season. These farmers all received SMS alerts about the weather and biomass growth of potato crops. 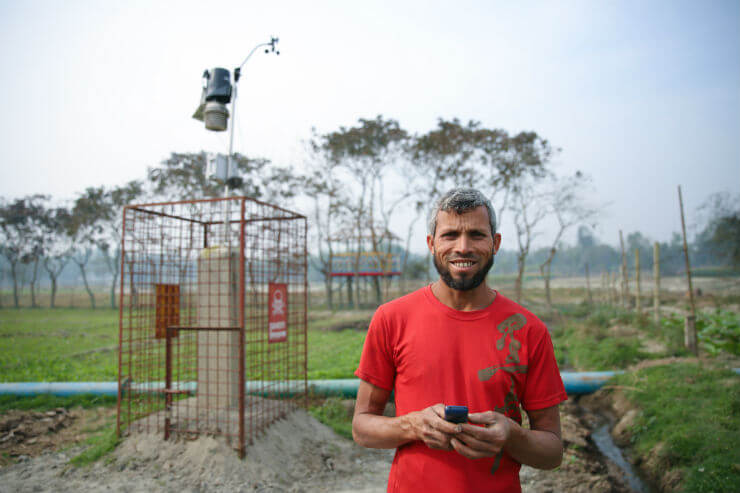 The project introduced the new technology to 30,000 farmers in Northwest Bangladesh during the 2017-18 potato season. We reached those farmers through 32 demo-plots in Rangpur and Munshiganj districts. The demo-plots showed 8% higher yields accompanied with a 50% reduction in fungicide use using the GEOPOTATO SMS-service in combination with improved fungicides. By the end of this first season, 7,000 farmers subscribed for the service and received SMS alerts in the last potato season.

The project GEOPOTATO in Bangladesh provides a decision-support service by SMS to small farmers to control ‘late blight’ in potato production. Late blight (Phytophthora infestans) is the most common and highly destructive, fungal disease in potato, tomato and other solanaceae crops in Bangladesh. Annual potato yield losses due to late blight have been estimated at 25-57%.

Information based upon satellite data is an important aspect of the SMS-service, which continuously measures and forecasts weather and biomass growth of potato crops in relation to the late blight disease cycle. The SMS-service informs farmers with preventive spray advice when a late blight infection period is predicted to occur.

ICCO co-implements the GEOPOTATO project with Wageningen University & Research (lead), TerraSphere, mPower, BCAS, and AIS. The project is supported by the program Geodata for Agriculture and Water (G4AW) of the Netherlands Space Office. The project builds linkages with both public and private sector to enhance the uptake by farmers once the project is finalized.