Call for Peace and for All Repression to End in Nicaragua

Along with 10 organizations of the Act Alliance Forum Nicaragua, ICCO Cooperation signed a statement reaffirming its rejection of acts of violence against Nicaraguan citizens registered during the anti-government protests that began on April 18, and that have claimed the lives of at least 143 people, as confirmed by the Inter-American Commission on Human Rights (IACHR). 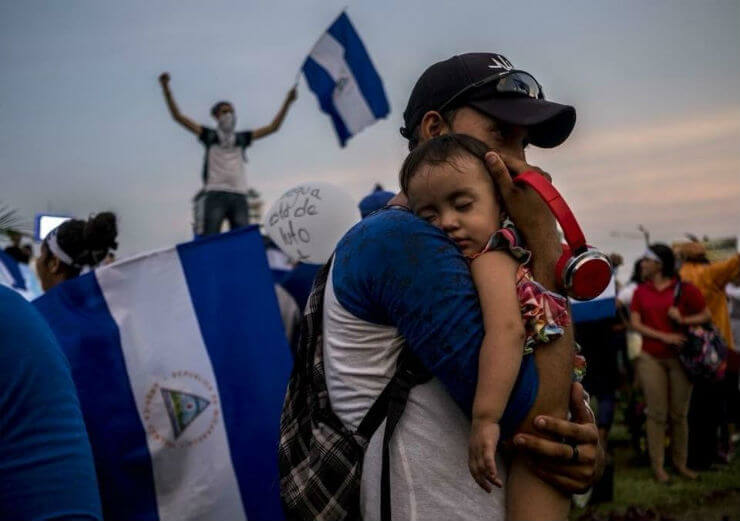 “We repudiate the ongoing violence in our country, which violates the rights of the Nicaraguan population”, is written in the statement.

The organizations also express their solidarity with all the people and families that have been victims of repression.

“We stand in solidarity and make our own the pain experienced by families who have lost a loved one due to violence and intolerance. God of life, Faith and Hope strengthen us and make us peace builders in the midst of this pain”.

Initially provoked by a package of reforms to the national social security system, the wave of protests quickly spread throughout the national territory; the violence escalated on May 30, Nicaraguan Mothers’ Day, when a march led by mothers of young people who lost their lives in the protests was violently repressed. A National Dialogue, established to facilitate a way out of the crisis, and approach positions between the government and civil society, was suspended indefinitely after the events on Mother’s Day. The sectors that lead the protests demand justice for the victims, reforms for the restoration of democratic institutions and early presidential elections.

“We call on the Government of Nicaragua to take seriously and responsibly the recommendations of the Inter-American Commission on Human Rights (IACHR) in the sense of ceasing repression and arbitrary arrests, respect the right to peaceful protest and allow the United Nations High Commissioner for Human Rights to guarantee the right to truth and justice.”

About the Act Alliance Forum

The ACT Alliance Forum is a joint platform that brings together members of the ACT Alliance, a coalition of more than 140 churches and faith-based organizations that work around the world, promoting the development of groups and communities in situations of poverty and exclusion.