Joris Bijdendijk, chef of RIJKS, a famous restaurant in the Netherlands, cooks together with top chef Nicolás López from restaurant Villanos and Bermuda on 11, 12 and 13 January in the Netherlands. The restaurant has been part of the culinary revolution in Colombia since its opening and in 2018 was awarded a number 15 ranking on the Latin Americaâs 50 Best Restaurants list. 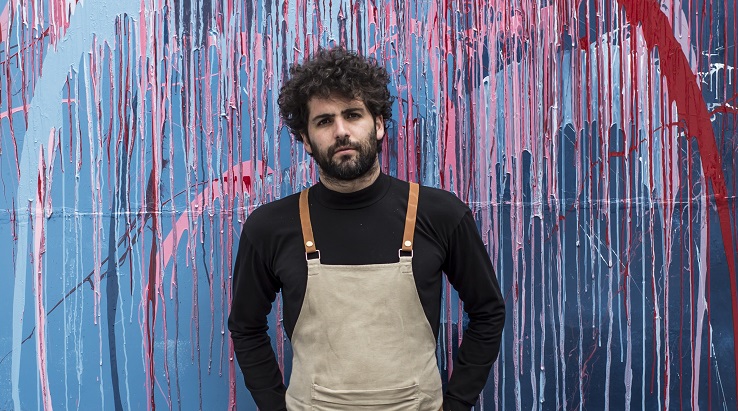 In the three-day event, the chefs combine their forces for the purpose of Manq’a, the gastronomic schools established by the ICCO and Claus Meyer (from, among others, The Nordic Food Movement and restaurant Noma).

Both Bijdendijk and LÃ³pez support the worldwide trend in which chefs are committed to a better food system. “Chefs have an exemplary function and in some cases even a pioneering role in the food system. They connect farmers and citizens and have the task of giving producers a platform”, says Bijdendijk.

Mascarpone tart & radishes. Photo by Manuel Calle.
NicolÃ¡s LÃ³pez, from Argentinean origin, is owner and chief of restaurant Villanos and Bermudas in BogotÃ¡, Colombia. LÃ³pez’ kitchen is characterized by local products and a combination of modern and classic techniques. He works closely with Manq’a and makes his restaurant available as a workplace for the young people who have completed the education. Both in the restaurant as well as within Manq’a, people are encouraged to cook with local ingredients, thereby closing the gap between farmer and citizen.

Yoghurt foam, agraz, mint. Photo by Manuel Calle.
Together Bijdendijk and Lopez prepare a special menu during the weekend. A part of the proceeds will go to Manq’a.

Colombian peace process: cooking together for peace
Manq’a is playing an important role in Colombia’s peace-building process. The protracted conflict has had devastating effects on the country’s youth. Many became dislocated after being forced to move to a safer area. Others fought in the civil war and are now trying to find their way in peacetime. After decades of conflict, rebuilding a harmonious society is a complex process. Cooking and eating together can help: these are activities that bring people together in a way that is conducive to dialogue about the new Colombia, without violence and with a new identity. NicolÃ¡s LopÃ©z, one of the best chefs in Colombia, is a good example. He brings Colombian cuisine back to life and ensures that Colombians are proud of their culinary heritage again.

At Manq’a schools young people from a wide variety of backgrounds come into contact with each other. Some were active in the conflict and want to rejoin society; others were victims of the violence. The encounters are sometimes tense yet at the same time create a special way to restart dialogue.

Reservations
Reservations for a dinner at RIJKS can be made at: reserveren@rijksrestaurant.nl

Want to have a look in a Manq’a school? Have a look at the virtual website: https://3d.casa/manqa-bogota