In January, ICCO was assigned a new project in Colombia called âRural Pazâ by the European Union. Last month, Dutch minister of Foreign Affairs Stef Blok attended the launch of the program. In this series of articles we explain the different elements in the new program âRural Peaceâ. In this article: our blended approach together with Truvalu to support rural agrifood entrepreneurs in order to stimulate the local economy. 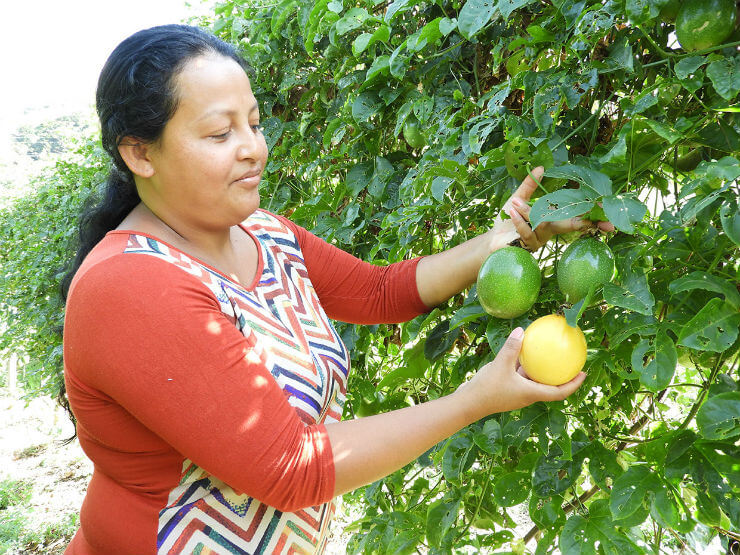 Within Rural Peace, ICCO applies several intervention models already proven in previous projects. One of these is the so-called blending model, which is relatively new and innovative in the development sector. AndrÃ©s Bernal, ICCO’s Country Director for Colombia explains: “Blending means combining several funding mechanisms, in this case a grant (from the EU) with an investment fund. We use this blending to support the missing middle: companies – often early stage small and medium enterprises (SMEs) – which are too large for microfinance and too small for ordinary investment funds. In this we accept a certain measure of risk-taking. On the longer term however we do expect a return, which we can then invest in further economic development and social impact”.

AndrÃ©s: “The investment fund with which we cooperate within Rural Peace is Truvalu. Truvalu is actually more than just an investment fund, it supports pioneering entrepreneurs in emerging countries with access to capital, skills & knowledge and connection to local and (inter)national networks and markets”. Through this, the goal is to build inclusive companies in the agrisector that can scale its businesses to become a local driver for growth, jobs and economic prosperity. This is important for the development of rural Colombia. “Especially in the regions of the project – Narino and Putumayo – which are usually perceived as low potential, but where there are opportunities for agriculture”.

The Colombian Peace Agreement recognizes that the armed conflict has disproportionately impacted the rural sector. For this reason, it states that prioritizing rural areas and small scale farmers is indispensable in the development of public policies focused on the construction of peace.
AndrÃ©s: “In order to reach this objective, it is necessary to start by recognizing the capacities and potential constructed by rural communities. One of these capacities and potentials is agriculture”.
According to the OECD, the agricultural sector has traditionally been of key importance to the Colombian economy. Agriculture represents 17,5% of total employment and contributes to 5,2% of GDP (2013). The sector is dominated by small-scale farming, with 67,6% of land owners covering plots smaller than 5 ha.
True, the regions in which Rural Peace is active show different figures, with Narino contributing 1,5% to the national GDP and Putumayo 0,6%. This is mainly due to the region’s involvement in illegal economies, being the largest producers of coca leaf, but leaving the regions in poverty. AndrÃ©s: “However, the potential in these areas is very high, with Putumayo being one of the regions with the greatest biodiversity and largest potential to exploit crop plantations, such as coffee, fruit, cacao and pepper” (OECD, 2015).

AndrÃ©s: “In order to use this potential ICCO believes that we have to rethink rural areas in such a way that the local demand for local produce increases. This can be reached by strengthening the whole agrifood value chain. Therefore we support – as one of the interventions of Rural Peace – 12 small and medium-sized agrifood enterprises with funding, technical assistance and business support. An example of this is to improve the planning for crop cycles to have an increased and more stable income throughout the year”.
In this way, the enterprises will operate as actors promoting local comprehensive development, leading to an increasing demand of local produce by small scale farmers, and thus strengthening the local and national markets. In the same way, small scale producers also benefit of the increased demand for local produce by the Manq’a schools, which we talked about in our previous article.

ICCO is the founding father of Truvalu, which started a few years ago as AgriBusinessBooster. Rural Peace is a project funded by the European Union’s Trust Fund for Colombia. Other partners in this project are CETEC, RENACER, PAX, JUSTAPAZ and National Platform for Rural Women.