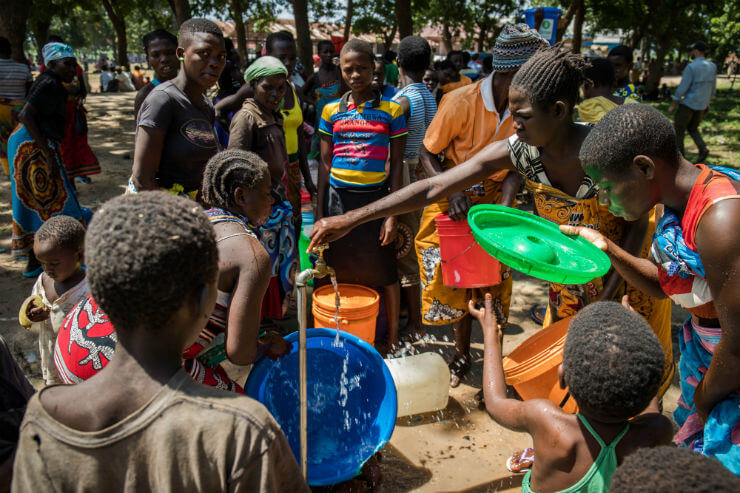 On 14 March 2019, tropical cyclone Idai made landfall near Beira City, leaving devastating loss of life and large-scale destruction of assets and infrastructure in its wake. In the following days, the cyclone moved inland destroying much that was in its path as it barrelled further through Mozambique, Zimbabwe and parts of Malawi. Entire villages were submerged underwater as floodwaters rose. UN officials are calling it one of the worst weather-related disasters to hit the southern hemisphere.

The cyclone triggered widespread floods and winds of up to 177km/hr affecting hundreds of thousands of people. Houses have been destroyed and entire swathes of crops were damaged, with nearly 500,000 hectares flooded. Severe loss of livestock is expected, exacerbating food insecurity across the region. Bridges and other communications infrastructure have been demolished, making it difficult for humanitarian organizations to reach those who have been most affected.

Many families were separated as they fled the rising flood waters, while others were trapped on high ground, unable to access basic goods and services for days. Tens of thousands of people were displaced, many having to flee with nothing as the waters rose rapidly.

Cholera is now a major concern for survivors living in squalid conditions in refugee camps. The disease is spread by contaminated food and water, causes acute diarrhea and can kill within hours if not treated well. The World Health Organization has warned of a “second disaster” if waterborne diseases like cholera spread.

ICCO is supporting ACT Alliance, which members are responding to the severe destruction wrought by cyclone Idai. For more information on the response, have a look at the website of ACT Alliance.