Since January 2020, swarms of desert locusts have damaged over 200.000 hectares of cropland in Ethiopia. These swarms put high pressure on the access to food in different regions of Ethiopia. In April the FAO calculated that a million of people have been affected and require emergency food assistance. 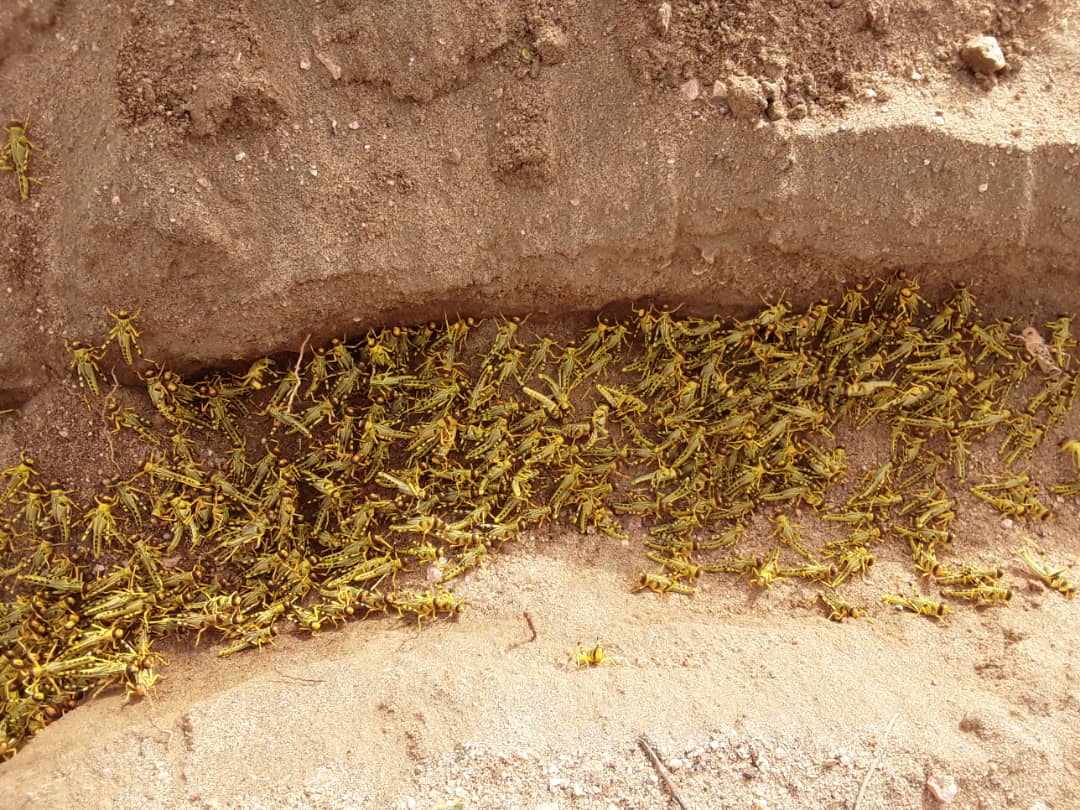 According to the FAO, the current locust swarms in Ethiopia are the most severe in over 25 years. In Oromia, which is among the worst affected areas, 13 zones, 105 woredas (districts) and 690 kebeles (villages) were invaded by locust swarms. In response to the desert locust crisis, ICCO with its local implementing partners, EECMY-DASSC and Hundee is implementing the Dutch Relief Alliance (DRA) Desert Locust Joint Response (1) in two severely affected woredas (Gursum and Arero) in Oromia region.

As part of the DLJR, ICCO and its local partners aim to improve the access to food and support the recovery of livelihoods of a total of 27,500 vulnerable households. Through different interventions; we have already reached 33,550 affected and vulnerable households since April 2020. 2,000 households who lost their crops due to the crisis have been supported with maize seeds and different vegetable seeds. 1,891 households received unrestricted multi-purpose cash transfers for two rounds. 1,250 households received 2 goats to diversify their livelihoods. This support enabled these households to fulfill their basic needs and protect their productive assets.

COVID-19 makes the situation even more urgent and therefore as part of the DLJR response ICCO and its partners also implement water, sanitation and hygiene (WASH) activities. Hundee and EECMY-DASSC organized awareness raising campaigns on how to prevent COVID-19 in all operational kebeles/ villages. More than 50,000 people were reached with these messages. 15 water schemes were repaired and constructed that benefit 10,000 people. Vulnerable households were also supported with soap along with awareness raising on hand washing to prevent the further spread of COVID-19.

Despite these efforts, recently released locusts updates from FAO indicated that the situation remains worrisome and could potentially deteriorate during October because of recent breeding activities in Ethiopia and surrounding countries (source: Update released by FAO on October 5, 2020).

The video shows part of the work of ICCO, Hundee and EECMY- DASSC in Arero district in Oromia Region. Dembela Biba is one of our dedicated field staff members working for Hundee. Dembela is responsible for the multi-purpose cash assistance. The transfer of unrestricted cash to affected people improves the access to a wider and more dignified choice of goods and services, based on their own preferences.