Diversity in the Agribusiness of a Farmer

Yenealem Tilahun is an older farmer and father of eight children. He lives in West Gojam Zone with his wife and his last born son. Before Yenealem was introduced to irrigation based vegetable farming and cattle fattening, he found that life was a constant struggle to produce enough food to last for the entire year. He used to only practice traditional farming, in which his cattle would grow old and die after ploughing for years.  His cattle were only a tool for plowing and he had no idea of what to do with them when their productivity ended. 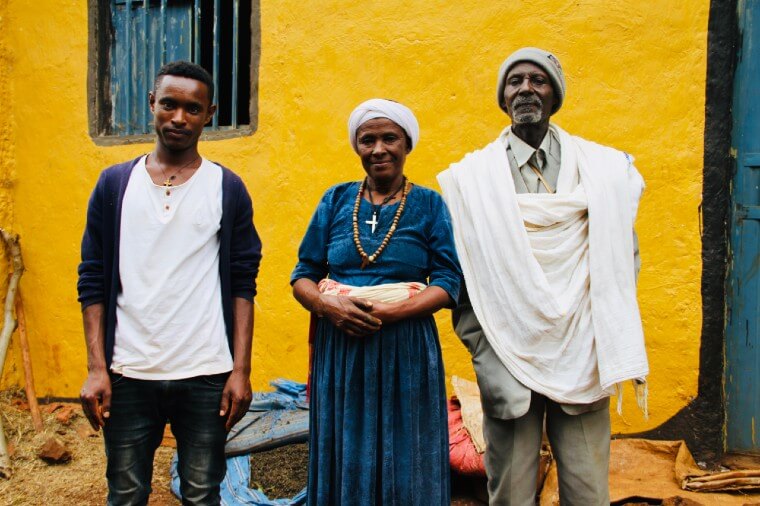 A year ago Yenealem was introduced to the SAFE project through his Kebele level development agent. The Kebele is the smallest administrative unit of Ethiopia, similar to a ward, a neighbourhood or a localized and delimited group of people. Yenealem began following training on integrated farming practices. He learned that he shouldn’t work his cattle until they grow old, but that he could fatten and sell them in the market. This can provide him and his family another source of income and livelihood. Over time, he realized that fattening of livestock wasn’t the only option available, so he went back to the SAFE coordinators for additional training in diversification of harvests. He received advice on the type of soil he had and how he could diversify what he grew in different seasons. Today, other than what he used to grow (Teff, Maize, Finger Millet, Wheat and Red Pepper), Yenealem also started growing Banana, Cabbage, Guajava, Coffee and different grass varieties to use for animal feed.

Yenealem speaks passionately about the benefit of growing ‘Sinar’, one of the grass varieties used to feed animals. Sinar allowed him to fatten his cattle very well and he was happy with the results. He started another business of selling the Sinar seeds at 500 Birr per kilo to other farmers.

During the farmers’ day organized by SAFE, Yenealem enthusiastically shared his experience in the benefits of diversified agro business practices with his fellow farmers. “I wish I had known you a long time ago, and that I had this knowledge years before,” he said.

Apart from cattle fattening, Yenealem also received training on poultry raising. Now he makes an extra income of 1,500 Birr per week from selling eggs. He said he learned to diversify his agribusiness through the support and professional consultation he received from the project. Yenealem also provides a good example with his beekeeping experience. He learned to change from traditional beekeeping practices to modern beekeeping. He currently has eight modern, eight transitional and five traditional beehives which help to pollinate his crops and also to provide honey for sale. 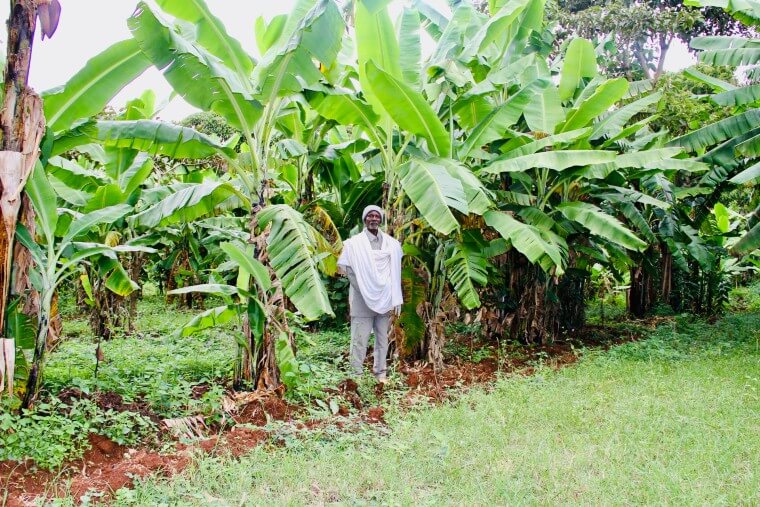 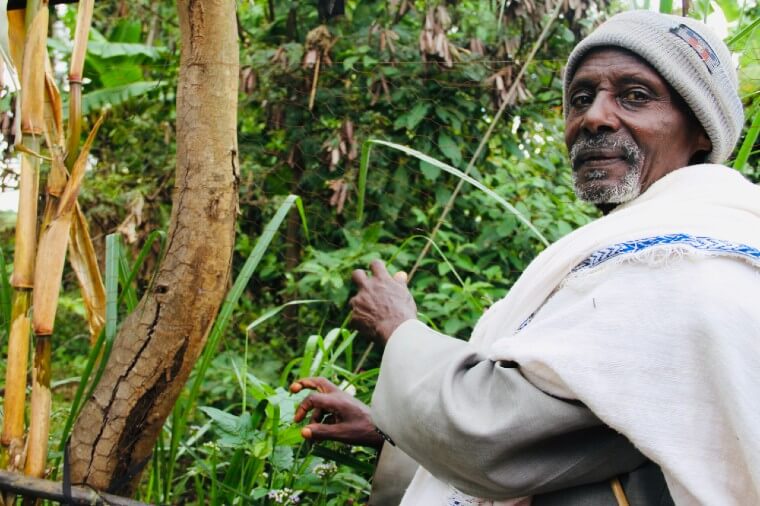 Photos: Yenealem Tilahun on his field

The “Strengthening Agricultural Finance in Ethiopia (SAFE)” is a 5-year program (2018 – 2022), that will be implemented by ICCO in collaboration with the Church of Sweden. The aim of the project is to improve income and gender equitable wealth creation for rural poor through sustained value chain support of selected high-value commodities and strengthen agricultural finance in West Gojjam and Awi Zones of Amhara region.