ICCO conducted a research on the impact of COVID-19 on smallholder farmers and MSMEs (Micro, Small and Medium Enterprises). Findings indicate that both farmers and MSMEs are affected by the COVID-19 pandemic. Most of them have seen a drop of their income and around 44% of the respondents experienced a reduction of their food and non-food consumption. Some even saw their source of income stopped. 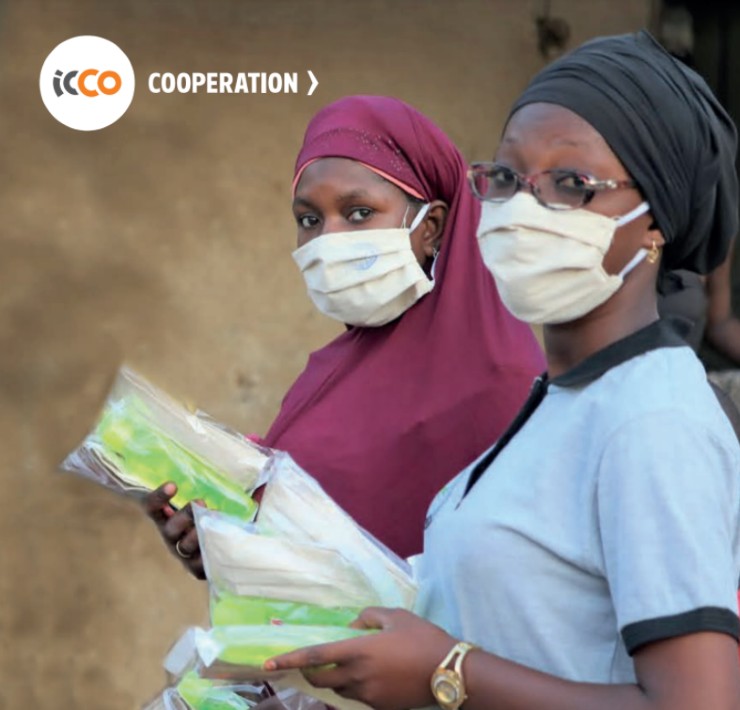 The research was executed in six countries throughout the world: Ethiopia, Mali, Indonesia, Bolivia, Bangladesh and Guatemala. 765 farmers and agri-entrepreneurs participated, randomly selected among beneficiaries of ICCO key programs in the selected countries.

We found the respondents who rely on agriculture as the main source of income feel less affected than those who rely on business. This doesn’t mean that they are less affected, they might not yet feel the impact. Farmers whose food crop production cycle were at the stage of preparation and harvesting feel more impacted than those who were at the stage of production, especially since during the first wave of Covid transportation facilities were blocked, and agricultural inputs (including seeds) were not available and produce could hardly or not be sold. As far as a coping mechanism is concerned, 27% of the respondents adopted non-viable strategies such as selling assets, borrowing money, reducing food consumption and not being able to cope.

The research was conducted between July and August, mainly by phone interviews, but also by direct interaction in cases of poor telephone networks and where the health situation regarding COVID-19 allowed. The respondents included both farmers and MSMEs, male and female in rural and semi-urban areas.