Hans Hoogeveen draws attention to the food problem in the world, which is sometimes underexposed by the climate issue, while both are closely linked. The facts of the food insecurity don’t lie, but because they are man-made, we must, according to Hoogeveen, also be able to find solutions. 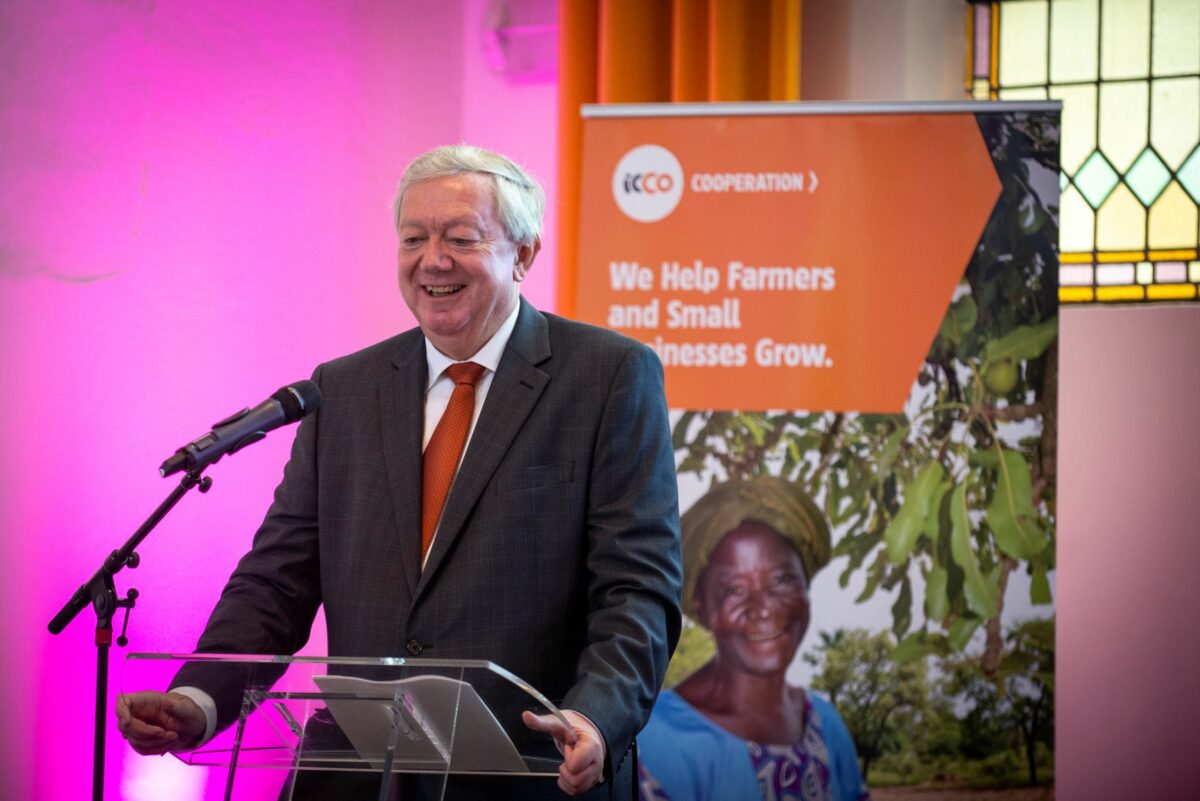 On 26th September Hans Hoogeveen (1)  delivered a speech at the goodbye event for Marinus Verweij, ICCO’s former CEO. The title of his speech was: “The Climate of Food Security”.  He is clearly about the way forward:

“The multiple challenges the world is facing in terms of food security, climate change, land degradation, depletion of ecosystems and economic and socially inclusive development require integrated responses and a transition to a sustainable, inclusive and resource-efficient path. The crises are man-made, so we can solve it. The solution lies within and among us. However, the count down towards 2030, in which we should have achieved our Sustainable Development Goals, especially Zero Hunger, has started. A little bit more than 10 years to. And we all know we are lagging far behind.”

Below a summary of the ‘facts‘ and ‘what needs to be done’, derived from Hoogeveen’s speech. The full text of the speech can be requested: info@icco.nl

What are the facts?

What needs to be done?

(1) Hans Hoogeveen is Ambassador / Permanent Representative of the Kingdom of the Netherlands to the UN organizations in Rome.