This week, ICCO Cooperation hosted seven Indonesia and Dutch partners for the kickoff workshop of SpiceUp, the new Geodata for Agriculture and Water (G4AW) project that focuses on pepper production in Indonesia. 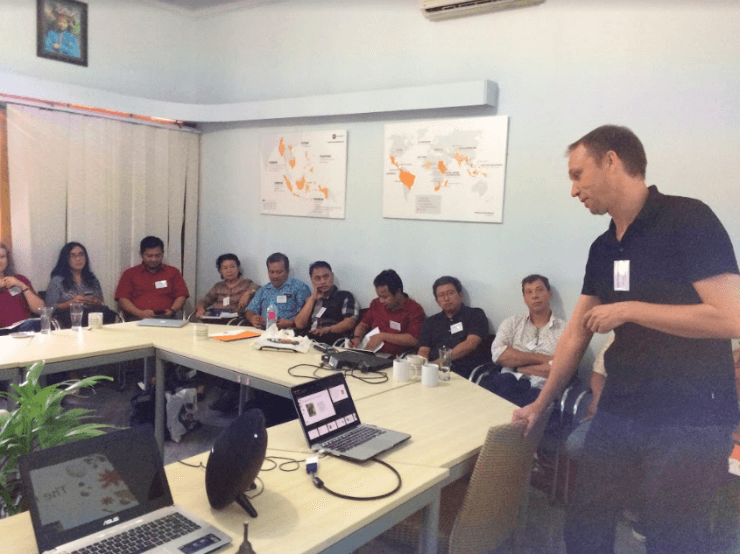 The SpiceUp project aims to provide geodata based information services to support 100,000 pepper farmers in Indonesia. In this way the farmers can increase production, income, food security and reduce their inputs of water, fertilizer and pesticides. Four information services will be provided via an SMS service and Mobile App:

The SpiceUp project focuses on pepper as this is a lead sector for economic growth in Bangka Belitung, West and East Kalimantan and Lamung, the three main producing pepper areas in Indonesia and as such the areas on which the project focuses. Globally, the demand for pepper has been increasing and Indonesia is the second biggest pepper producer in the world. However, the productivity of pepper farmers in Indonesia is far below the productivity of Vietnam, which is the number one producing country in the world.  Pepper farmers in Indonesia face various challenges related to the weather, water availability and increased incidents of pests and diseases.

The outcomes of the project are expected to contribute to poverty reduction, increased resilience of farmers, particularly related to climate change, and increased income, which is expected to have a positive impact on food security. These outcomes can be linked to the following SDGs: No Poverty (1), Zero Hunger (2), Quality Education (4), Gender Equality (5), Clean Water and Sanitation (6), Decent Work and Economic Growth (8), Responsible Consumption and Production (12), Climate Action (13), and Partnerships for the Goals (17).

For SpiceUp, ICCO Cooperation will play the role of Project Manager and Monitoring&Evaluation Specialist and will have an advisory role to Verstegen Sauces & Spices. ICCO is currently the consortium lead for two G4AW programs in South East Asia – Indonesia (SMARTseeds) and Vietnam (GREENcoffee) – both of which have been running since 2016. Also ICCO has been participating in GEOPOTATO in Bangladesh since 2015. With the experience from both these projects, ICCO will not only be able to contribute their expertise but also valuable lessons learned to aid the new projects in progressing and developing smoothly.

Photos below: partners gather in Indonesia for kickoff workshop SpiceUp