Fatoumata Fomba (22) has radically changed course since she attended an EJOM training in Mali. “I discovered that I donât like the corporate world,” she says from behind her hip black glasses. Her words illustrate the mismatch between the skills of young people and the needs of the Malian labor market. The project EJOM contributes to the solution of this problem, in this case by providing a training in waste management. 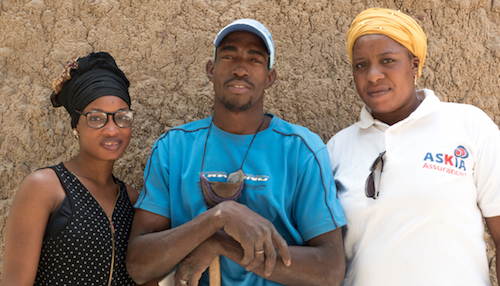 The EJOM project, funded by the EU, trains 8,620 young people to run their own business. EJOM stands for “L’Emploi des Jeunes cres des Opportunities ici au Mali”. ICCO has been active around this issue since 2017 in collaboration with SNV, APEJ and WASTE.

Everyone has a talent

“Everyone has a talent,” says Aminata Samounou (34), while showing her storeroom: “But sometimes it takes a while to find it.” She points to a large plastic bowl that is filled to the brim with packaged cookies: “I was already selling cookies in high school when I graduated in 2010 as a lawyer. Finding no work in her field, she started walking by the offices in her hometown Koulikoro to sell homemade cookies. She made almost no money until she was selected as a participant in EJOM and able to professionalize her passion for cookies. “I have expanded my range a lot,” says Samounou. “In addition to biscuits, cakes and cookies, I make popcorn and sweetened peanuts too. And my clientele has increased. I no longer focus exclusively on office workers. I offer my wares to retailers as well now. ” 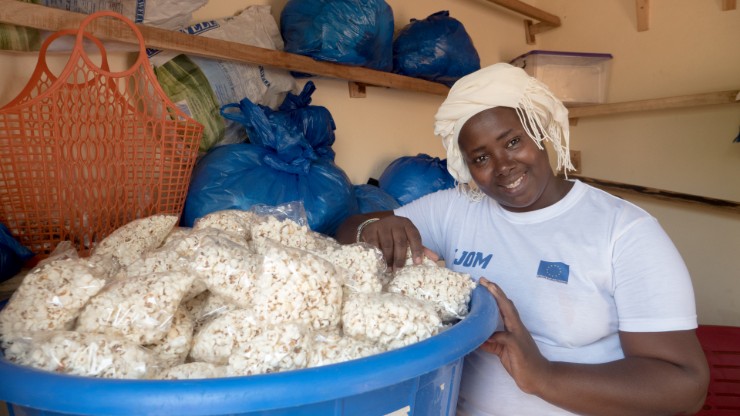 Meanwhile, Samounou, married and the mother of three, earns enough to make a livelihood. “In fact, anyone who has learned to use their head should also be trained to start a practical career,” the lawyer says. “It will surely increase job opportunities. I myself intend to purchase a better oven and to do a pastry training.”

Fomba and her coworker Sissoko are both from the city and met each other at the EJOM training. They weren’t familiar with working conditions in the countryside, but decided to join their forces to start a business in waste management. They now together produce compost. Fomba: “There are not many people who opt for waste. It is filthy and it stinks, so people tend to pick their noses up at it. But I am convinced that there is more to earn in compost than in an office.”

Fatoumata Fomba, single mother of a five-year-old daughter, is enthusiastic: “We only work with organic waste. This has many advantages over chemical fertilizer. It is better for the environment, it is better for your health and it also yields better crops.” However, composting is not a final destination for Fomba. “In the future I hope to start a small horticultural business, based on my own compost,” she says self-confidently.

Since the political and economic situation in Mali is highly unstable, unemployment has increased massively. At the macro level, the future prospects of young people are worrying, but at the micro level, an unexpected entrepreneurial spirit is manifesting itself.  Despite the complex circumstances, everything indicates that EJOM’s approach is successful.

Of 2,500 young people who were trained in 2018, almost everyone started their own business. The 3,000 participants who were selected for the 2019 trajectory have started the training program in April. Four sectors are central to the EJOM program: food processing, handicrafts, horticulture and waste management.