Migration is a politically sensitive topic. In the Dutch cabinet formation it is one of the issues the negotiating parties canât agree, delaying the forming of a new government. Parties better collaborate in searching for a common vision on combating the causes of migration: poverty, exclusion, climate change and conflict. By generously and committedly contributing to the economic perspectives of youth in Africa, a cycle can be broken. 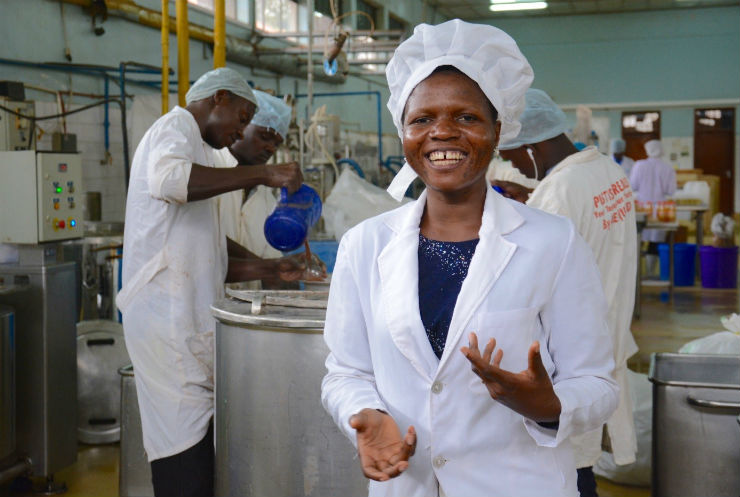 Over 65 million people worldwide are currently looking for a place to survive. Barely a fraction of those cross the sea to Europe. In many African countries, we witness that people are forced to flee because of poverty and injustice, a lack of good governance and stability, or drought and climate change. More debate – and not only in the Netherlands – about the necessity to help them and to address the causes of their leaving home is required.

That the Dutch government should stop navel-gazing and should look beyond their own borders, is also the conclusion of two leading reports published in recent weeks, from the Scientific Council for Government Policy (WRR) and the Advisory Council on International Affairs (AIV). According to Foreign Affairs minister Koenders, the Netherlands should re-establish its embassies and consulates to respond to global developments. This only makes sense if the aid expenditure increases at the same time. Aid organizations have the expertise and implementation capacity to put flesh on the bones of international cooperation.

In our opinion, the cabinet should have special attention for Africa. In 2050, Africa’s population will have doubled. One fifth of the world population will then live on that continent. With an average age of 18 years old, every year 20 million new jobs will be needed in cities and in the countryside. How economic development, employment opportunities and education opportunities could be expanded is a big challenge for Africa. And for Europe too. Not just because of principles of solidarity and justice. But also because of the need to create perspectives on a meaningful existence, as an alternative to migration.

Like the German government – that proclaimed a Marshall plan with Africa – the Dutch government should stimulate investments in employment and income generation in Africa. Dutch development organizations are already gaining experience in this field, and successfully so. Partnerships with companies, universities and private funds are being forged. They finance start-ups, put youth in touch with local and international businesses, support them in the right technical and agricultural education, supervise the development of value chains and ensure the scaling-up of labor-intensive sectors, among which agriculture.

What is ICCO doing?

This way, for example, ICCO supports over 200,000 farmers in Burkina Faso, Ethiopia, Rwanda and Senegal in gaining access to loans and agricultural services, such as the installation of solar panels to improve irrigation. Similarly, the organization supports onion farmers in Mali by putting them in touch with Dutch seed breeding companies to improve and increase their agricultural production.

Strict gate-keeping policies may be a short-term solution, but will eventually not bring solace to Europe and no perspectives to African youth who are willing to risk their lives for migration. People arriving here deserve our support. But the Netherlands, using aid money for asylum on European soil, is putting the cart before the horse.

Dutch political parties have to arrive at a common vision on migration. Nine Christian development organizations, united in PerspActive, advocate for making a solid budget available to stimulate initiatives of companies, education providers and aid organizations in Africa, by means of which youth will be better able to seize opportunities in their own environment. Dutch civil society organizations are ready to strengthen and combine these promising initiatives, together with a new cabinet.