Peeling of the Onions of Senegal: Crowdfunding

In a series of 3 articles we highlight ICCOâs efforts to improve the productivity of the onion value chain in Senegal. This second article is about a crowdfunding finance product. Part 1 zoomed in on the farmer field schools, and the last article deals with a tool for the mobile market. 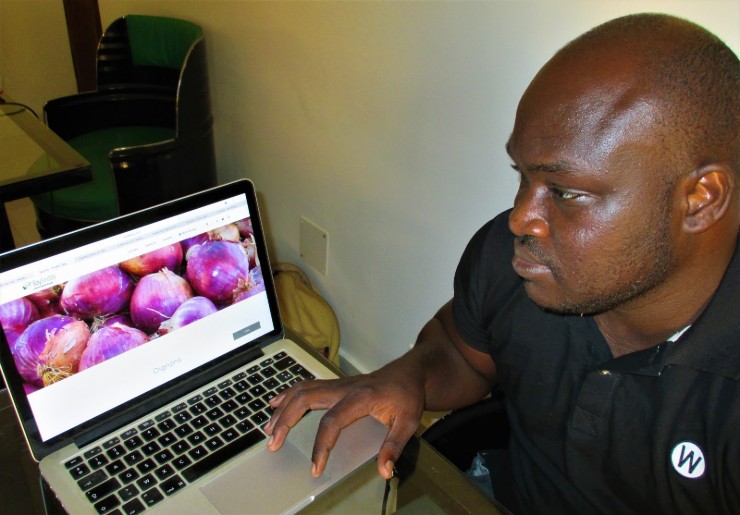 Onions have a prominent place in the Senegalese food consumption and a major impact on the country’s economy. Annually 360,000 tons of onions are produced in Senegal, which is basically enough for the needs of the entire population. However, due to insufficient quality and storage options, part of the onion harvest is lost. Consequently onions have to be imported during a four to five months period (October to February).

The STARS (= Strengthening African Rural Smallholders) program of ICCO, in partnership with the Mastercard Foundation, strengthens the capacity of 8,000 onion smallholders by developing marketing tools and financial products. More productivity and food security for the farmers will support Senegal to become self-sufficient in onion production in the near future.

BaySeddo: Investing in the Virtuous Economy

To strengthen the market position of Senegalese onion producers, STARS develops financial products that are adapted to needs in small-scale agriculture. “Well established institutes, including an agricultural loan bank, and 4 microfinance institutions (MFIs) are involved. This has allowed 2,622 farmers to access to onion value chain finance products developed by MFI partners. In addition to that also innovative providers of financial services like BaySeddo are playing a role to facilitate access to finance for producer organizations,” says Idrissa Ba of STARS.

BaySeddo is a (digital) platform that puts producer organizations into contact with individuals who are looking to invest in short-term agricultural projects. “The farmers have land and therefore potential, but they lack the resources to exploit it,” explains manager and co-founder Mamadou Sall. “We attract investors and ensure a win-win situation.”

In partnership with the STARS program BaySeddo is conducting a pilot project with UJAK, a cooperative of onion farmers in the region of Podor. The investors – a relatively large number of Senegalese who live abroad – put in at least 100,000 CFA (152 euros) before the start of the season. When the harvest is gathered, the profit is shared: 50% for the farmers, 25% for the investors, 25% for BaySeddo.

Mamadou Sall calls BaySeddo’s crowdfunding approach an example of a “virtuous economy” based on solidarity. The farmers do not pay interest, they are not requested to provide a financial guarantee and if the harvest fails, the investors and BaySeddo share the loss.

Harvest failure is not something Sall is afraid of: “The strength of the STARS program is that farmers are coached in order to improve their production. Combined with financial services this approach is very promising. It’s obvious that the pilot project will succeed.” In the future BaySeddo will set up similar projects with other producer organizations participating in STARS. “And we also are facilitating BaySeddo to develop its business in Mali, adds Ba.”