“Social engineering can go on indefinitely. If used in the right way, an enormous number of people can benefit from it without having to pay for it again and again.” This message of Professor Yunus, founding father of micro credit, was the central theme during this year’s annual ‘Goed Geld Gala’ (good money gala) of the Dutch Postcode Lottery. His message was emphasized with extra funds for several initiatives for impact investments. PlusPlus was one of them. 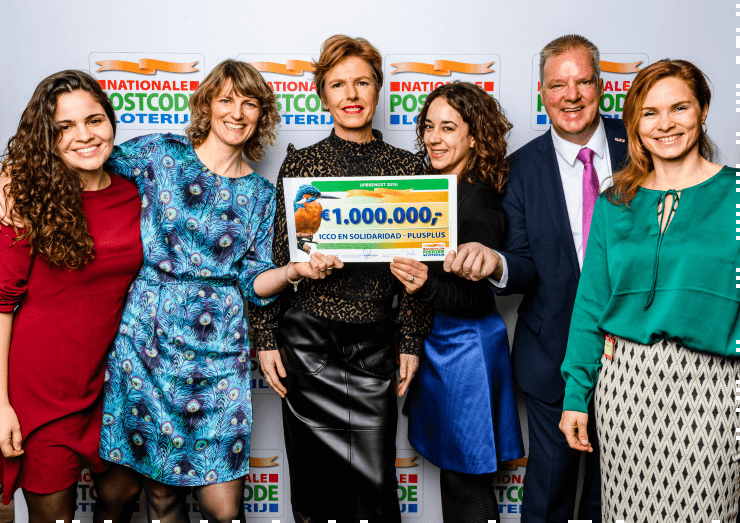 On this annual event, the Dutch Postcode Lottery announces it proceeds of the year before. During this festive evening, which was held on March 4 in Amsterdam, the Lottery also announces how half of these millions is divided among over 100 NGOs working on people and planet world wide. Just like in previous years, 2019 turned out to have raised a record amount for charity: no less than 376.584.531 euro was divided among 123 organisations, including ICCO.

“We are extremely proud that thanks to our loyal participants, we can give these important donations. This is what we work for, so over 100 charity organizations can commit themselves to a more just, greener world.”

Special guest this evening was Professor Muhammad Yunus, winner of the Nobel Peace Prize and developer of micro credit. He spoke of the power of social engineering and impact investments. PlusPlus is a good example of this.

PlusPlus is a new crowdfunding platform, founded by ICCO, Solidaridad, Lendahand and Truvalu, that will be launched this summer. PlusPlus connects small and medium sized agri-businesses in emerging economies to a crowd of investors in the Netherlands. With their investments these businesses can grow, which creates new jobs, enhances (food) production and stimulates the local economy. With an amount of 1 million euro for PlusPlus, the Postcode Lottery directly contributes to this social impact.

PlusPlus is expected to go live in June 2020. More about this new initiative will follow soon, or you can go to www.plusplus.nl.