It was a festive evening when the Postcode Lottery held their annual event. For ICCO it was an especially successful night, as we went home with not just one but two cheques! 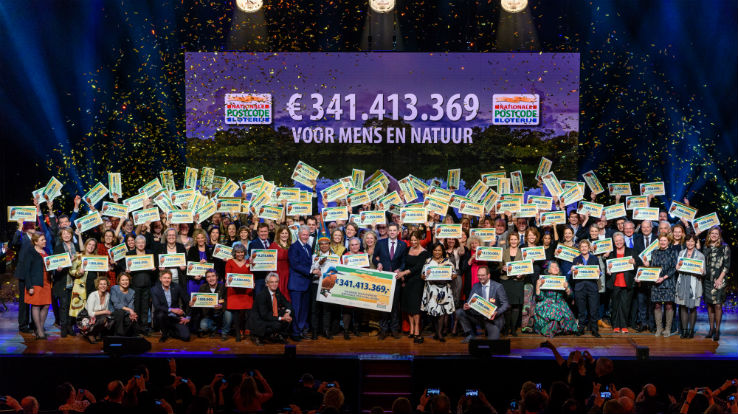 It was a festive evening, on Monday February 6, when the Postcode Lottery held their annual event, the Goed Geld Gala (“Good Money Gala”). For ICCO it was an especially successful night, as we went home with not just one but two cheques! In addition to our annual institutional contribution, ICCO received from the Lottery an amount of 2.1 million euro for our project: The Salt Solution.

The Postcode Lottery is a Dutch lottery that was founded in 1989, with its mission to raise funds for charity. Of each ticket the Lottery sells, half the proceeds go to charity organizations working on people and planet worldwide. This concept has proven to be very successful, as the Lottery continues to raise more funds each year. The holding of the Postcode Lottery is rated the third largest private donor worldwide. ICCO has been one of their beneficiaries since 2008. Every year, we receive an un-earmarked contribution of €1.350.000.

Together with the other 95 regular beneficiaries of the Lottery, ICCO was invited to the Gala at the royal theater CarrÃ© in Amsterdam. As always, the Lottery presented the results of their fundraising of the previous year. And, just like previous years, this amount yet again exceeded the results of the years before: in 2016 a record amount of 341 million euro was raised for charities! This amount is divided among 110 organisations, including ICCO. It includes both institutional support, as well as funds for several selected projects.

This year, ICCO’s project The Salt Solution was among the winners!! In the coastal areas of Southern Bangladesh, soil is increasingly affected by salt. As a result, crops no longer grow there and the land cannot be used anymore. With the Lottery’s support, ICCO and Salt Farm Texel can introduce salt tolerant crops in these areas. These are (natural) varieties of crops that dÃ³ grow on salt-affected soil. With the support of the Lottery, we can enable small-scale farmers to make their land productive again, improving their food security.

The evening ended with a surprise speaker: former president, and international goodwill ambassador of the Lottery, Bill Clinton. He spoke about concrete measures in response to climate change. “Save the planet”, he urged. “You will save your grandchildren’s future…