In Mali, the CASH project (Commercial Alliance for Smallholders in Horticulture) develops public-private partnerships in the horticulture value chain. CASH introduces winter onion cultivation to meet the demand of the farmer cooperatives of Sikasso and Mopti regions. Marketing contracts have now been signed between cooperatives and a business in this Public Private Partnership. 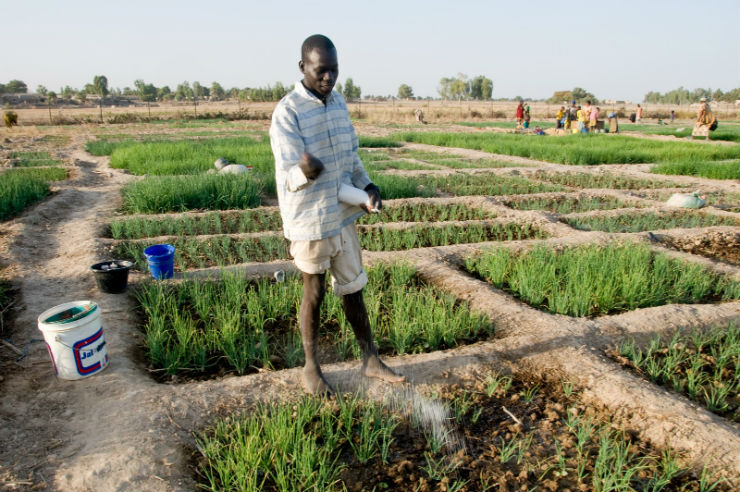 Onion production in Mali is falling sharply during the rainy season while demand remains strong. During this period, households buy imported onion at a price 2 to 3 times higher than that of locally produced onions. Large onion distributors also see their profit margins decreased due to import costs.

For this first experiment, 2.5 ha will be planted during the 2018-2019 season. The expected average yield is 20 tonnes / ha. Five producer cooperatives – 4 from Sikasso and 1 from Mopti – participate in this pilot operation, each of them benefiting from a maximum of 0.5 ha.

The cooperatives of vegetable producers will be committed to produce the winter onion by signing marketing agreements with Madougou Agro-Business, the private partner in the project. Beforehand, producers are made aware of the benefits of this new production strategy and informed of the contractual terms with the private sector partner.

On June 18, 2018, marketing contracts were signed by representatives of the four cooperatives in the Sikasso region and by a representative of Madougou Agro-Business. The parties have agreed to set the purchase price of the onion produced at 250 FCFA kg, which is valid for any transaction conducted before 30 November 2018. Beyond this date, the kilo of onion will be purchased at the price which will prevail on the local market. A similar contract was also signed with the cooperative from the Mopti region.

This Public Private Partnerships benefits all stakeholders because it allows:

The CASH project is funded by USAID through the World Vegetable Centre. The monitoring of the production will be done by Niang Holding while AMASSA Afrique Verte will control the respect of contractual clauses. These two organizations have signed partnership agreements with ICCO, the lead of the project, for the implementation of this Public Private Partnership.