The project the Salt Solution in which ICCO introduces salt tolerant crops in Bangladesh, shows positive results in its mid-term evaluation. The evaluation shows that the use of saline land has increased by 76%. Besides, households include more vegetables in their eating pattern. 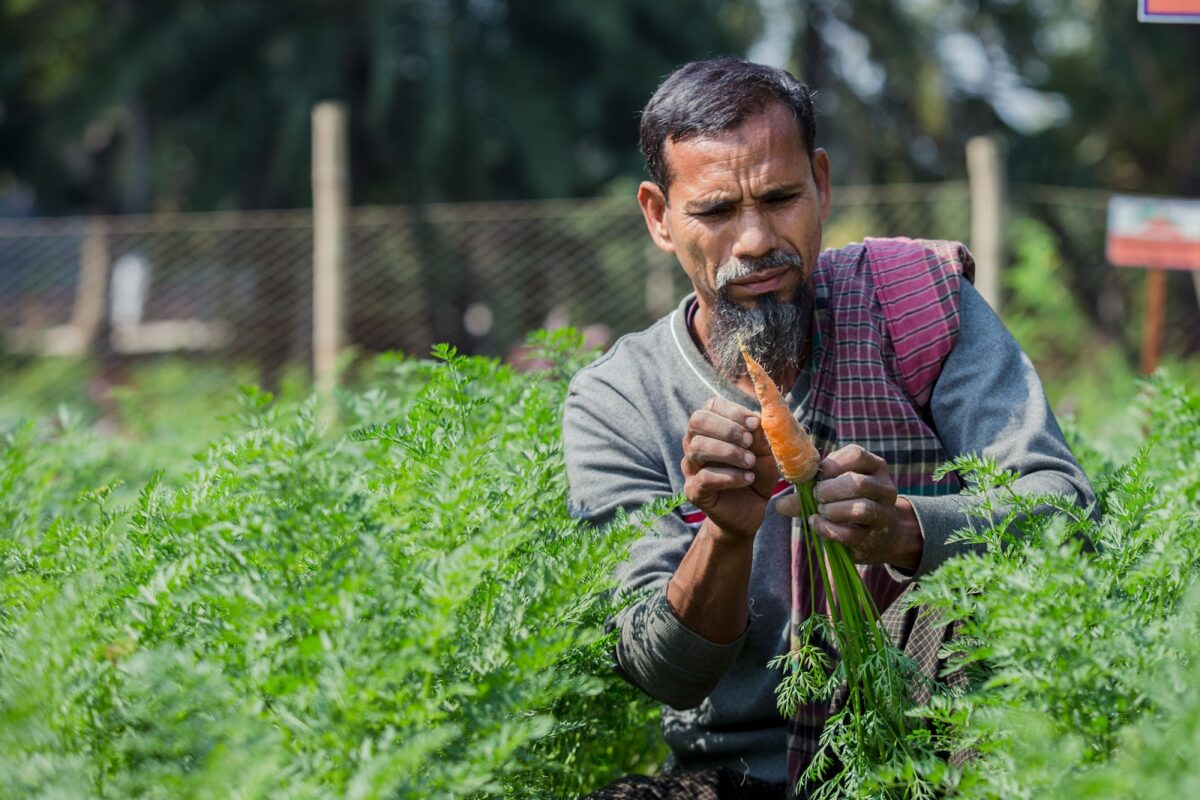 The mid-term evaluation has been carried out by an independent consultant firm named Gram Bikash Foundation (GBF) which had been hired through a competitive process.

Increased use of saline land

One of the most important results is the increase of the use of saline land. Whereas in the beginning of the project farmers considered saline land as useless, now farmers have been convinced by the fact that they actually can grow vegetables on salt affected land. This pays off as now more land is used to grow vegetables again. The evaluation shows an increase of 76% farmers using salt affected land.

Another important result is that vegetable consumption (150 grams per day, 10 months per year) has increased from 26% to 74%. Related to this is that the household’s food security as a whole has increased from 15% to 65%. This was partly received through intensive training on the benefits of consuming vegetables for human health and nutrition, mainly targeting women.

Scarcity of freshwater sources for irrigation is still a challenge. Another challenge is the available number of salt tolerant varieties of vegetable seeds. On the one hand these are hard to get in Bangladesh and on the other hand there is the timely supply of tested seeds from the Netherlands. What’s more, due to the small-scale crop production by the project farmers, big buyers are not yet interested to purchase their produces. So commercial farming will receive special attention in the coming year.

About The Salt Solution

Together with Salt Farm Texel and local NGO CODEC, ICCO trains 5,000 farmers in the coastal areas of Bangladesh to grow salt tolerant crops. These are natural varieties of crops that grow on saline soil. The contribution from the National Postcode Lottery enables these farmers to make their salt-affected land productive again by growing saline tolerant crops. This will improve their food security as well as their income. 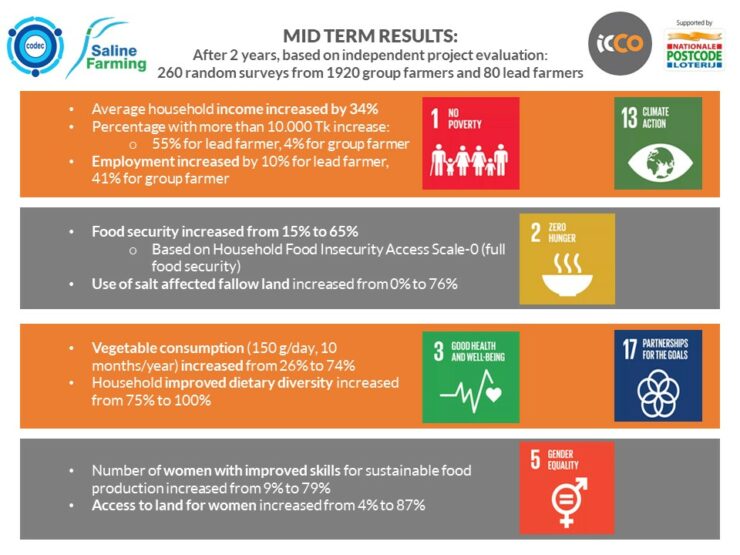