On May 8, seventeen members of the Dutch parliament visited the Rural Peace project in Nariño as part of its mission in Colombia. Accompanied by the Ambassador of the Kingdom of the Netherlands in Colombia, they have spoken with project leaders and learned about Rural Paz which works with small producers, women and youth. 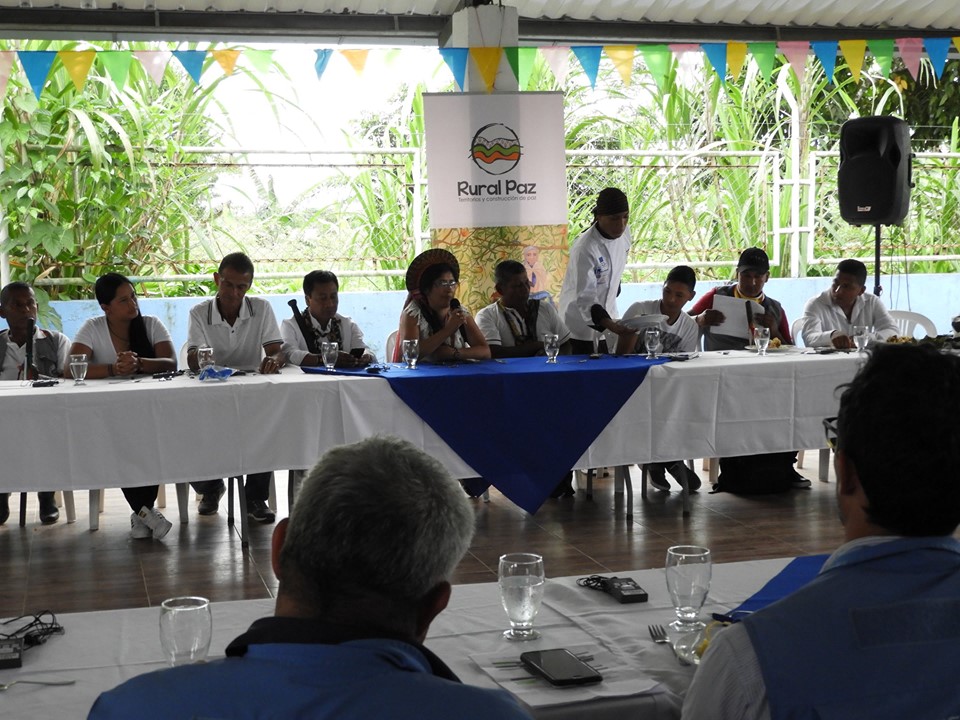 During lunch they heard how the project has contributed to the construction of peace through joint work with all actors in the territory. Actions were designed together with communities. They ranged from economic empowerment, to improved production and access to markets, and from the construction of agricultural farms in the AwÃ¡ indigenous territory to support for 200 women producers and artisans. When the Peace Accord was signed, they got many courses. “But none of those were about communication for peace. With this project we learned how to transform the messages and that peace is built with our voices and stories” assured Marcela Benavides, who now has a peace diploma after a course on community communications.

The lunch was in charge of the first generation of students of ‘Hosts for Peace’, the program of tourism, gastronomy and hospitality schools, who, in collaboration with two chefs from NariÃo, took the group of parliamentarians on a tour of Andean, jungle and Colombian Pacific flavours, with 100% local products and preparations.

The event closed with a coffee taste, led by Emerson Narvaez, a young coffee producer and professional taster who produces a variety of coffee known as ‘Gesha’. Within the framework of the project his farm has improved production and quality through the use of technology. “Today two of my dreams are being fulfilled, thanks to this project and ICCO: the first is to send my coffee abroad, with a label that has my name and the name of my municipality, showing that Policarpa is not only war, but also coffee. The second is to have a quality laboratory for coffee in the municipality. It allows us to improve production, control quality and teach young people all the potential that is here,” said Emerson to the parliamentarians, who received a sample of this coffee.

“Thank you very much for having received us here today. We had a wonderful experience, accompanied by delicious food prepared by these young people with a lot of potential. Today we not only learned how to taste coffee but also the admirable work that you are doing to, despite the challenges, to continue building peace in their territories,” said one of the parliamentarians.

‘Rural Paz’ is a project that will strengthen rural economies of afro-descendant, indigenous and peasant communities in NariÃ and Putumayo, increasing their food security, access to markets and improving their incomes, reaching around 2.500 People in both territories. This project is financed by the European Fund for Peace in Colombia and ICCO Cooperation.