By not only relying on the yearly rainy season, smallholder farmers working in irrigation schemes can provide a buffer against climate change impacts. And that’s exactly what a group of 86 producers in Potou, a town in northern Senegal, has done. By investing in solar equipment for their water pumps, they managed to reduce their production costs significantly. 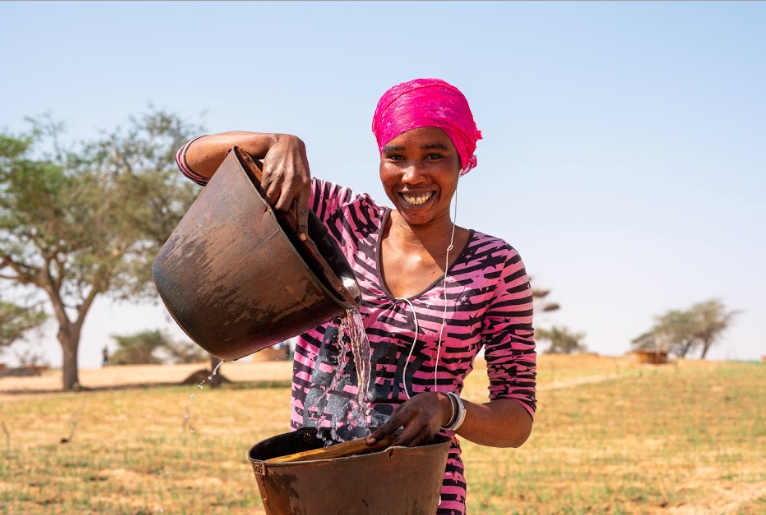 With only about five percent of the land irrigated, Senegal continues to rely on rain-fed agriculture. But increasingly erratic rainfall related to climate change poses a major threat to food security. West Africa’s Sahel region, including northern Senegal, has severe droughts every few years. It is still suffering the effects of the latest, which hit in 2018, leaving 245,000 people in Senegal in need of food aid.

By not only relying on the yearly rainy season, smallholder farmers can provide a buffer against climate change impacts. And that’s exactly what a group of 86 producers in Potou, a town in northern Senegal has done. Collectively working on a plot of 17 hectares, they rely on irrigated agriculture using groundwater to grow vegetables on plots averaging 0.2 hectares. Irrigated horticulture can be done multiple times a year, with a large range of vegetables, for the most part onions and tomatoes. By diversifying their crops, farmers not only contribute to healthy soils, but also get diversified food and better incomes.

But despite the opportunities provided by irrigated agriculture, only four hectares of the total plot were exploited last year. The reason? The water used for irrigation comes from a borehole equipped with a pump running on expensive fuel. “More than 60 per cent of my production costs went to energy,” farmer Aicha Sow explains, putting her scarf over her head to protect her from the scourging midday sun. With help from her three sons, she planted onions and tomatoes on a small plot in December, which she hopes to harvest in March 2020.

To tackle this challenge, STARS supported the microfinance institution UFM Louga to develop a business model together with the cooperative “Producers of Bayakh” in Potou, and with African Technology Company, an equipment supplier specialized in solar energy. Together, they developed a new business model to install a solar power plant with 113 solar panels with a total power of 11 kW, which will heavily reduce farmer’s production costs.

Here is how that works: The MFI provided 70 per cent of the installation costs to the supplier. The supplier provided the other 30 per cent. The total amount of 14,000 USD will be reimbursed by 86 producers, of which 36 are women and 49 are youth. These producers are expected to reimburse their individual loan after harvesting and selling their products in March 2020. The supplier is providing maintenance services to the installation in case of need.

Compared to fuel, solar as an energy source significantly reduces production costs and allows producers to make much bigger profits. It is also much more eco-friendly.

“This has also motivated producers to increase the production area from four hectares to nine hectares for this 2019-2020 campaign,” explains Khoudia Samb, female president of Potou’s producer organization enthusiastically.

In addition to the loan, during this year’s campaign, the 86 farmers received agricultural coaching from STARS on responsible use of quality inputs (seeds, fertilizers). A significant increase in yields and profitability is expected by producers.

“The solar investment credit product has enabled MFI Louga to increase its client portfolio and attract new funds, particularly from donors who promote green energies, such as the Banque Agricole and the international organization Energy for Impact,” Amath Bitèye, General Manager of UFM Louga explains.

In 2020, STARS will support UFM Louga to scale up this financial product to nine other sites, involving over 1,000 farmers, who will have access to solar powered pumps to irrigate their plots. “Four have already been equipped with the solar installation and more than 300 farmers have started to plant onions, tomatoes and other crops,” proudly testifies Moustapha Ndiaye, supplier of the solar power equipment.

“To guarantee that farmers will be able to sell their produce after harvest, STARS will link them to the digital market information platform Mlouma,” Idrissa Ba, country director for ICCO Cooperation’s STARS program in Senegal explains. “Mlouma functions as a virtual agricultural exchange connecting farmers to customers and potential consumers, and enables them to better sell their products. When a specific product is displayed online, potential buyers are notified by SMS alerts. They can then place a purchase order via their mobile phone, which the producer will receive,” he adds.

The Strengthening African Rural Smallholders (STARS) program is a five-year program (2017-2021) implemented by ICCO Cooperation in partnership with Mastercard Foundation. Adopting the market systems development approach, STARS improves access to finance and markets for over 200,000 smallholder farmers with emphasis on women and youth in Burkina Faso, Ethiopia, Rwanda and Senegal.