Strengthening Farmer Organizations as Agents of Peace in Colombia

A new project of ICCO Cooperation in Colombia has been approved for signing by the European Unionâs Trust Fund. In the project, farmer organizations will be strengthened as central agents in the construction of peace. 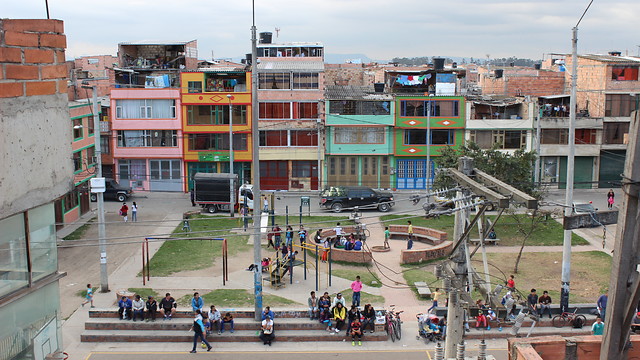 The project will be carried out in the framework of the implementation of the peace accord, signed in November of 2016 between the Colombian government and the FARC. One of the proposals in this accord is to improve the economic conditions in the country and dignify the living conditions of the rural population, which are fundamental steps towards achieving a peace. This project will contribute to that.

The project aims at benefiting 2,500 people (youths, women, producers and ethnic and farmer communities), 12 producer and farmer organizations and 12 businesses in the agricultural sector.

A specific target group are smallholders, as improving the living conditions of the rural populations is an important step in the peace process. Furthermore, business initiatives of youths will be supported in the sectors of tourism, gastronomy and hospitality. The project will also promote the participation of women, indigenous and peasant communities in the formulation of the Plans for Development, led by the national government of Colombia.

Together with AgriBusiness Booster, ICCO will co-entrepreneur in the project with small and medium-sized businesses which will be linked to the agricultural chain. Therefore an investment fund will be created for agro-productive initiatives. At the end of the project, the fund will be sustained by ICCO and Agribusiness Booster.

The project will be implemented by a consortium led by ICCO with the participation of Agribusiness Booster, CETEC, PAX, JUSTAPAZ, Renacer, UNIPA and the National Platform of Rural Women, in alliance with the ministries of agriculture and local governments.

The project is financed by the European Union’s Trust Fund for Colombia.