Towards a Sustainable Gran Chaco

ICCO Cooperation is implementing its new project ‘For Our Sustainable Gran Chaco: Active participation in models of land management for environmental conservation integrated with sustainable production’. 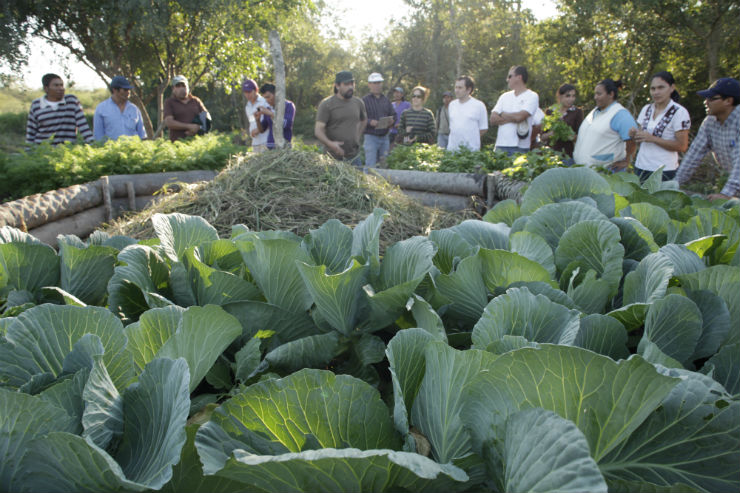 The new project, financed by the European Union, will benefit vulnerable indigenous communities, youth and women. A total of 43,000 people (of which 21,092 women) and 240 staff members of institutions will be reached, all of them inhabitants of the trinational Chaco from the communities in the municipalities of Salta, Santa Fe and Santiago del Estero (Argentina), Villamontes, Yacuiba, Entre RÃ­os and CaraparÃ­ (Bolivia) and the department of Alto Paraguay (Paraguay).

Despite being the area with the most biodiversity and forestry in the continent after the Amazon, the Great South American Chaco is one of the regions with the highest rates of deforestation in the world. It is a biome at risk due to the impact of climate change (prolonged drought, reduction of precipitation and prevalence of economic activities that put pressure on the territory: overgrazing, degradation of the soils, extractive activities, etc). It is a complex ecosystem with fragile soils, where the interests of its inhabitants do not match with external interests that seek to exploit the natural resources. As a consequence, indigenous and peasant families are the first to face limitations such as scarcity of water, lack of basic services, supplies, limited access to markets, low income and low rates of political participation.

ICCO together with Kerk in Actie (KiA) has worked over 25 years in Gran Chaco. The new project connects to the program ‘Sustainable Chaco’, in which ICCO and KiA implemented actions towards land and indigenous peoples’ rights. This project benefits indigenous people of the region, who have been historically marginalized and excluded from the public policies that guarantee the access to water, diversification of production, education and health.
In the last 5 years, the work of KiA and ICCO has prioritized the strengthening of economic activities in order to create sustainable livelihoods, the defense and promotion of rights and access to basic services for the local communities.

The project is financed by the EU’s Zicosur Project, which focuses on the conservation, sustainable use and and good governance of biodiversity in four vulnerable biomes in the centre of South America, amongst which Gran Chaco. The project is carried out in a consortium of COOPI (Italy), FUNDAPAZ (Argentina), Tierraviva (Paraguay), CERDET (Bolivia), FUNDECOR (Bolivia) and ICCO (lead). The project receives EUR 2,567,440 and will be executed in three years.