ICCO trains 5,000 farmers in the coastal areas of Bangladesh to start growing salt tolerant crops. These are natural varieties of crops that do grow on saline soil. Thanks to a contribution from the Dutch Postcode Lottery, farmers can now make their salt-affected land productive again. This will improve their food security as well as their income.

One of the reasons less and less land is available for agriculture worldwide, is salinization, the increase of the salt concentration in the soil. This can have different causes, like flooding by the sea or by saline water rising through the soil. As a result, crops no longer grow on the land and it is no longer suitable for agriculture.

Unfortunately salinization is a growing problem all around the world. Research of the United Nations University shows that 62 million hectares of agricultural land has already been affected by salt. That is over 18 times the size of The Netherlands. And this area continues to increase. Per day an average of another 2,000 hectare of agricultural land is lost by salinization. That is often in countries where there is already a food shortage, but worldwide too, salt poses a threat to the growing demand for food.

In Bangladesh salinization is also a serious problem, especially in the coastal areas. The people who live in this area are poor to very poor. They largely depend on small-scale agriculture to survive, which becomes harder and harder because of salinization of the soil. According to the World Bank this will become even worse over the coming decades. As a result people are no longer capable of feeding their families. They have no income and are forced to migrate to the cities, where they end up in slums or on the street.

Efforts to solve soil salinization, have been mainly aimed at reducing salt concentrations in the soil. But the means used for that are expensive and their effects are short-lived. Also they damage the soil and the crops .This innovative project turns this growing problem into a sustainable solution. Instead of fighting the salt in the soil, we want salt-affected soil to become productive again. That is possible by introducing varieties of well-known crops that do grow on salt affected land.

ICCO trains 5,000 farmers in the coastal areas of Bangladesh, teaching them how to grow salt tolerant crops. These are natural varieties of crops that do grow on saline soil. This improves their food security as well as their income.

“The Salt Solution project shows that technological innovation can give an enormous boost to development. Literally a tasty combination”.

“The success of growing vegetables on my saline affected land has been possible through using technical knowledge about salinity and applying water and fertilizer at the right time. People gather here everyday to see my demo plot”.

“Salt affected areas can play a major role in global food security. That is the vision that I’m working on and also putting into practice”

“We teach 5,000 farmers how to make their saline affected land productive again. This can give them 2 to 3 extra harvests per year. In this way innovation from the Netherlands is a practical solution that contributes to the food security of Bangladesh”.

We Need to Raise Our Sights to Tackle Climate Change 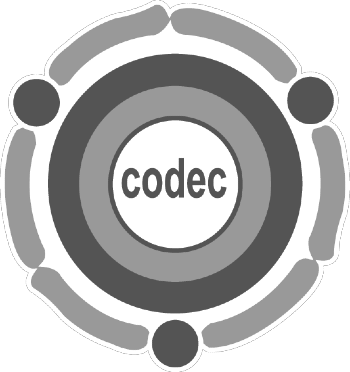 62,276 individuals of displaced Myanmar nationals will be benefited by this project through voucher modality in Camp 14, 16, Cox’s ...

Mother's and Assuring Nutrition for Children

The project aims to improve the nutritional status of adolescent girls, pregnant women, lactating mothers and children under 2 ...

Promoting Rights of Girls to improve their access to activities

Promoting Rights of Teen-aged Girls to Improve their Access to Economic Activities (PROTIVA) is providing skills to the ...

Countries:
Project started:
More info
Read more about Promoting Rights of Girls to improve their access to activities
No results
No results